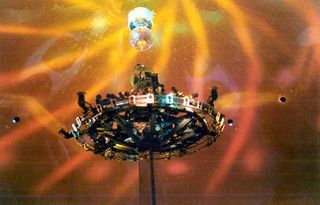 The Saint, the Yankee Stadium of gay dance clubs, opened its doors the night of Sept. 20, 1980.  Located in New York's East Village, it occupied the space that was formerly home to the famed Fillmore East concert hall.  At the time, the Saint's sound system and lighting were beyond compare.  A planetarium projector rose from under the dance floor and projected stars that swirled against a domed ceiling.  On opening night, the first song to be honored with this awe-inspiring light show was Donna Summer's Could it be Magic?

Before there were circuit parties, the Saint was a destination for gay men worldwide.  It was a members-only club with annual dues between $150-$250 ($500-$750 in 2021's dollars).  Members had their own lockers, where they could conveniently strip off their street clothes and put on their club gear.  My first time there was in June 1981 shortly before it closed for the summer (when many of its members were out on Fire Island).

Besides its breathtaking design and incomparable sound system, the allure of dancing, drugs and sex provided escape from the harsh reality that awaited many club goers in the light of day.  That reality would very soon be AIDS.  The club's first season ended just as news reports began circulating about a mysterious cancer striking down gay men.  In just a few years AIDS would decimate the Saint's A-list clientele, and figured largely in the club's closing in April 1988. 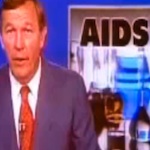 The creator and owner of the Saint, Bruce Mailman (who also owned the Saint Mark's Baths), was one of the thousands of gay New Yorkers who succumbed to AIDS.  He died in 1994 at the age of 55.  He talks about the opening of the Saint in the following video clip: