The Judy Garland Show debuted on September 29, 1963 as part of CBS' Sunday night schedule and aired for just one season.  For the show's second telecast, which aired on October 6, Judy had as one of her guests 21-year-old Barbra Streisand, a singer taking the entertainment world by storm.  This would be the only time the two shared a stage together.  Babs' appearance was four months before she made her Broadway debut in Funny Girl. 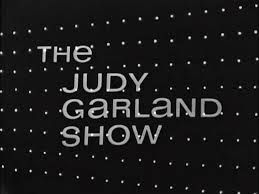 In a classic TV moment, Barbra and Judy sang a stunning duet of Happy Days Are Here Again/Get Happy and another with the theme "Hooray for Love".  Barbra also sang Bewitched, Bothered & Bewildered.  Later in the show they were joined by legendary Broadway belter Ethel Merman.  This telecast was truly every queen's wet dream.