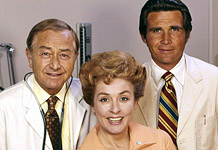 ABC's popular medical drama Marcus Welby, MD aired a controversial episode on October 8, 1974 about a boy who was raped by his male teacher.  Provocatively titled "The Outrage", the episode stirred up protests by gay rights groups (this was in the days before GLAAD) because it conflated homosexuality with child molestation.  (Unfortunately, it remains a popular misconception today.)

It was also fortuitous that Marcus Welby aired on Tuesday, which was my mother's bowling night.  I doubt she would have let me watch this episode if she had been home.  (Although my father was home he was usually in the kitchen or in the basement paying bills or doing paper work from his job.)

The actor who portrayed the teacher was Edward Winter (who I thought was hot; he reminded me of Bill Bixby).  He later joined the cast of M*A*S*H in the show's last few seasons. 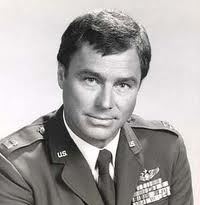 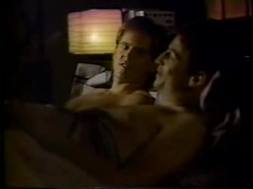 Then 15 years later ABC found itself embroiled in another controversy, this time from conservative "family values" groups.  They were up in arms because the network's acclaimed drama thirtysomething aired an episode titled "Strangers"   that showed two gay men in bed together having a casual post-coital chat.  As with "The Outrage" this episode was met with advertiser defections and it never aired in repeats.

In your post "'Marcus Welby MD' Airs Controversial Episode About Pedophilia (October 8, 1974)" you mention that the actor who played the teacher was Edward Winter, later a member of the M*A*S*H cast. You are incorrect. The actor that played the teacher on the episode was Ed Power. Mr. Power is probably best known for playing one of the main characters "Spencer Garrison" on the CBS afternoon soap opera "Love is a Many Splendored Thing" that aired from 1967 - 1973. Edward Winter was indeed in "The Outrage." However, he did not portray the teacher.

So you're saying that all these years I've been falsely accusing Edward Winter's character of being a pedophile? Thanks for setting me straight (figuratively speaking, of course). At the time of this episode I was somewhat distracted by schoolwork so I guess that's why I got the two mixed up. Or perhaps it was because Winter stuck in my head because he was very sexy.

Actually, Rob is correct. The actor who played the teacher, Bill Swanson, was Edward Winter, not Edward Power. He would later play a gay man who befriends Phyllis on the MTM more spin-off starring Cloris Leachman.

Edward Winter never joined the cast of M*A*S*H. He guest starred in 7 episodes, starting in the first season.