TIME Magazine Reports on "The Homosexual in America" (October 26, 1969)

In late October 1969, four months after the Stonewall riot in Greenwich Village ignited the gay liberation movement, TIME Magazine ran a story on homosexuals that was featured on the cover.  Titled "The Homosexual in America", it was the first time a newsweekly gave such attention to America's gay population.  Unfortunately, for the most part it was an unflattering portrayal based on the prevailing negative attitudes of the times.  Its condescending tone was somewhat similar to that of a CBS News documentary that aired in 1967 called "The Homosexuals" which portrayed homosexuals as pitiable creatures. 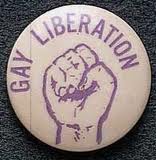 Reading it today, parts of the article are amusing (e.g, "For many a woman with a busy or absent husband, the presentable homosexual is in demand as an escort — witty, pretty, catty, and no problem to keep at arm's length"), but for the most part it was a troubling depiction of gay men and lesbians.  Throughout the article the terms "homosexuals" and "deviates" were used interchangably.  Perhaps this harsh tone was society's way of pushing back in response to the fledgling gay liberation movement taking shape.

Here are some particularly wounding exceprts from the article:

And here is how the article concluded:

The life of a homsexual is a pathetic little second-rate substitute for reality, a pitiable flight from life.  As such it deserves fairness, compassion, understanding and, when possible, treatment.  But it deserves no encouragement, no glamorization, no rationalization, no fake status as minority martyrdom, no sophistry about simple differences in taste — and, above all, no pretense that it is anything but a pernicious sickness.

10 years later Time would publish another gay-themed a cover story, this one titled "How Gay is Gay", which offered a much more positive and accurate portrayal of our lives.

(The complete article can found at this link.)