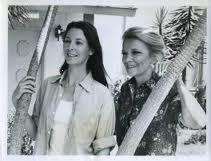 In 1972 That Certain Summer aired, a landmark TV movie about a father revealing his homosexuality to his teenage son.  Six years later, on Nov. 26, 1978, ABC again aired another critically acclaimed movie about gay issues, A Question of Love.  It told the story of a lesbian couple drawn into a child custody battle by an ex-husband who disapproves of their lifestyle.  The lesbian couple was played by the illustrious Gena Rowlands and Jane Alexander.  The next high profile movie about lesbians would be 16 years later when Glenn Close and Judy Davis starred in Serving in Silence.

The day after this critically acclaimed movie aired would turn out to be a dark one in gay history as Harvey Milk, an openly gay city supervisor in San Francisco was shot dead (along with mayor George Moscone) by a disgruntled former co-worker.