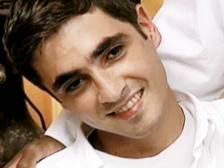 Pedro Zamora was an openly gay cast member of MTV's fledgling reality series The Real World.  He was cast for the 1994 season that took place in San Francisco.  During casting Zamora made the show's producers aware that he was HIV-positive and subsequently educated his housemates and, by extension, the viewers of the series about AIDS.  Sadly, his health quickly deteriorated after the show's taping ended and he died the day after the final episode aired on November 11, 1994.  He was only 22 at the time of his death.

November 11 also happens to be the date in 1985 that the landmark TV movie about HIV/AIDS, An Early Frost, aired on NBC.  It starred Aidan Quinn who appeared earlier in the year with Madonna in Desperately Seeking Susan.  Co-starring Gena Rowlands and Ben Gazarra as his parents and Sylvia Sidney as his grandmother, the movie told the story of Quinn's character, Michael, coming home to tell his family that not only is he gay but he has contracted AIDS.  It aired a month after Rock Hudson's death from AIDS complications. 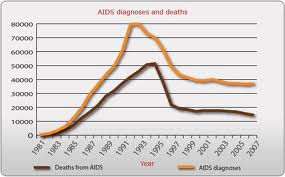 In the mid-80s an AIDS diagnosis was truly frightening because so little was known about treating it and drug regimens proved highly toxic for many patients.  Zamora died during the peak years for AIDS deaths (1992-95).  However, at the time of his death a glimmer of hope arrived for persons struggling with HIV/AIDS as a category of drugs known as "protease inhibitors" was emerging from clinical trials with encouraging results.  Although not a cure, they would prove effective in extending and improving the quality of life for many.