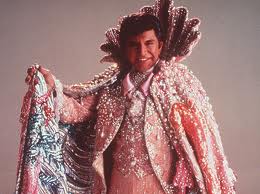 World renowned pianist Liberace made his final stage appearance the evening of Nov. 2, 1986, when he performed at New York's Radio City Music Hall.  The flamboyant 67-year-old showman had been ill for about a year, but the true reason behind his illness (and weight loss) wasn't revealed as being AIDS-related - just like the fact that he was gay was never publicly acknowledged.  He died three months later, fifteen months after Rock Hudson's death from AIDS. 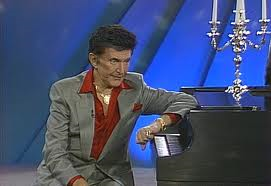 Nearly 25 years after his death, Liberace's name resurfaced in 2010 when his museum in Las Vegas closed in October after 31 years of operation.  And then in 2013 his name continued to circulate as a result of the HBO movie Behind the Candelabra, which looked at his life with lover Scott Thorson.  Starring Michael Douglas and Matt Damon, and directed by Steven Soderbergh, it aired on May 26.  Douglas won an Emmy for his role (Damon also received a nomination). 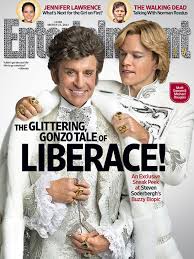 I got to visit the Liberace museum a few years back on a trip to Las Vegas. I have to say I was utterly impressed by this man's life and the dedication of all the volunteer workers who made the museum possible. It is a shame that none of the casinos wanted to take over the daily operation of the museum and move it to the Strip where I am sure it would have done well. The closing of the museum was a big los to Las Vegas.