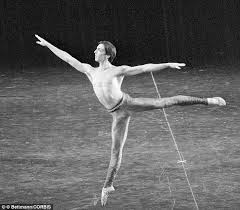 Speculation was rife that Ron Reagan Jr. just had to be gay.  After all, he was a willowy dancer with the Joffrey Ballet who grew up among his parents' Hollywood friends, many who were gay.  So, eyebrows were raised among the chattering classes when the 22-year-old son of the newly elected president was married in New York City on Nov. 24, 1980.  He wed Doria Palmieri, whom he had met at a dance studio she managed in Los Angeles.  She was six years older than Ron. 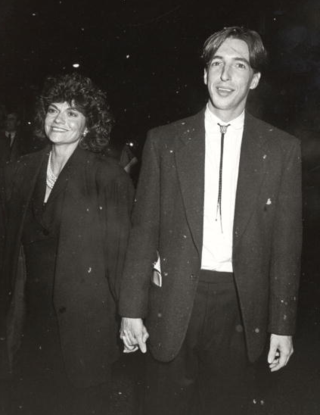 After his father left office Ron's liberal political leanings became known and he even addressed the 2004 Democratic Convention.  (He also makes occasional appearances on MSNBC.)  In that same year he was interviewed by the Advocate and addressed the gay rumors head on.  Unlike some other figures in the public eye I've never heard reports of any sightings of him in clubs or walking hand-in-hand with another man at a gay resort.  The rumors and hubbub have long since dried up.  Meanwhile Reagan and wife Doria are still married, they have a daughter and live in Seattle. 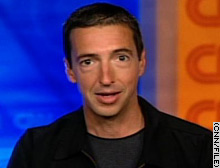 Similar speculation surrounded New York Mets catcher Mike Piazza who felt compelled to call a news conference in the spring of 2002 to deny he was gay.  And in 2014 Green Bay Packers quarterback also called a press conference to squelch rumors that he and his male personal assistant, who lived with Rodgers, were a couple.

Then there was the case of married couple Richard Gere and Cindy Crawford, who took out a full page ad in the Times of London in 1994 to deny rumors that they were splitting up (which they did six months later) and that both were gay.  Curiously, the fact that President Obama's former chief of staff, Rahm Emanuel, studied ballet and attended Sarah Lawrence College (after turning down a scholarship to the Joffrey Ballet - the same dance company Reagan performed with) didn't cause speculation about his sexuality.  A sign perhaps that metrosexuals had become fully integrated into society - and that Reagan was ahead of his time. 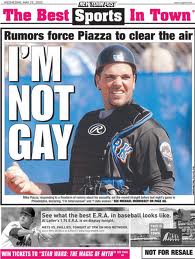 I love Ron Regan weather is straight or gay I knew he wasn't he is a great person he oviously has a good wife to have to put up with all the craziness of people putting him down, he is just a great person I would love to meet him someday, I am a democrat but I did cross party lines when I voted for his Dad in 1980, what can I say here's one for the ole gipper and I am only 50 some things don't die easy.
Thanks for allowing me to share. Susan

I like Ron very much he is articulate, very informative. I love when he's on msnbc. I am a democrat and agree with his political opinions. I'm glad to see he is happily married.
Keep coming back to msnbc. Jess

Thanks for your comments Jess. I can always tell the days when he appears on MSNBC because the traffic to the post I wrote about him spikes.

Love Ron Reagan and God loves him too!

I do not think
It should matter if he is gay or not. That is his private business and no one should care about that. His father grew up 2 block from my husband in Dixon and my husband was a friend of Rinald Reagan and his brother . So longest the man or woman politic is honest and always the best behalf of their peoples . That is what is important in life . Also a man or woman with good values, dignity and honestly . I know Ronald Reagan had all this quality and I'm sure Mr. Ron Reagan is the same so good luck to you . Not easy to be in the spot light . Take good care.

I enjoy Ron as a political anchor. Kudos to him for asserting his passion (ballet) and his own political leanings.

Lime most of us, he grew up in a dysfunctional home and he's found his way.

I think he is gay and just does not want to come OUT....ever ! He is an outspoken liberal, an Atheist, a Socialist and possibly a bisexual (or homosexual). He was married fast at only 22, when the father, Ronald Reagan Sr., a right-wing and conservative republican was president in the 1980's. This just smacked of an arranged marriage and "cover-up" in a time when gay rights was not on the front burner, the Aids epidemic had begun to rear it's ugly head and marriage-equality was not even a real concept, even by gay activists ! He married a woman 6 years younger than him (she is now deceased, since 2012). They never had children and were rarely seen together in public. They were supposedly married for 30 years, from 1982 to 2012, when she died of a muscular disease. She was Italian-American and had a very sweet and pretty face, but looked noticeably older than the tall, lanky and slightly effeminate Ron Reagan, Jr. In any event, that was a long time ago and if he is gay or straight ?...He will keep us guessing and it really does not matter now. Both his parents have died and he is just living his life !

Boris,
I think you had better check your facts. As far as I understand, Ron Reagan is still married to a woman 6years older than he. They have a daughter together. He is a refreshing addition to MSNBC. He has GREAT SENSE OF HUMOR & IS A GENTLEMAN.His political observations are spot on.

He is definitely gay.It takes one to know one,as they say.His marriage in 1980 was obviously "arranged" after his father became president.That was 1980,...a very different time and being president and having a gay son would have been extremely scandalous; especially for narrow-minded and intolerant right-wing Republicans like the Reagans'.The marriage to Doria produced no children and was a marriage of "convenience" for both involved.Sadly,she died in 2014 at only 62.He has since never remarried.He also is an outspoken Atheist and has very liberal attitudes and political ideas.However,his choice to never come out publicly as gay is his business and should be respected.

Ronald Reagan's blatantly obvious macho-man homophobia (which played itself out during the beginnings of the AIDS epidemic in his political apathy—They're only queers—Who cares?) was so oppressive in his parental attitudes he got poor Ronnie shoved so far back in the closet he can't see the key hole, and even Ron the younger started to believe he isn't. Which is sad. Not knowing who you really are. But the real Ronnie was quite apparent to anyone with eyes to see in leotard and limp-wristed port de pras. Straight boys just don't move or act like that. The effeminate heterosexual is a myth. (Oh my credentials: Former ballet dancer once offered a scholarship at Joffrey.)
Why couldn't Ronald Reagan père be satisfied with being an appealing B actor instead of reaching beyond his area of expertise to become an incredibly mediocre politician and very likely destructive status-quo monger?