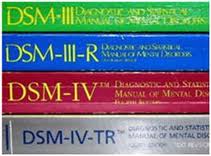 A landmark event in gay history occurred on December 15, 1973 when the American Psychiatric Association declassified homosexuality as a mental disorder in its Diagnostic & Statistical Manual of Mental Disorders, aka DSM.  I was 16 at the time and not yet aware of my sexual orientation so I didn't know what it was like to live with this stigma, but it could hardly have been good for self esteem - and probably contributed to mental health problems.  However, despite this step forward society would still find plenty of ways to continue the stigmatization of gay men and lesbians.  But wave upon wave of activism by homosexuals on multiple fronts (assisted by straight supporters) has eroded and broken down a multitude of barriers.

To appease those in the mental health profession who disagreed with this declassification, a new disorder was classified in 1980 - Ego Dystonic Homosexuality.  Individuals suffering from this disorder were homosexuals who wished their sexual orientation was different (the way some in society still would like us to feel).  It would be de-listed in 1986.

Finally, in 2006 the Pentagon announced that it no longer deemed homosexuality a mental disorder - but it would still be another five years before the military's "don't ask, don't tell" policy was ended.

A more comprehensive discussion of this topic can be found at: http://psychology.ucdavis.edu/rainbow/html/facts_mental_health.html

Ok, it's not a mental disorder, but there really isn't that much difference between men and women. Why not restrict ourselves regarding romantic relationships to people who are the opposite sex? We restrict our sexuality in other ways such as one wife, adults with adults (as opposed to with children). I am confident that if the only option for romance for me as a man was a man, I could figure out how to fall in love with a man - but this option is off the table (as is all other women, unless my wife dies).

December 15, 1973 – the year homosexuality was no longer considered a mental disability by the Federal Government. Why? What also happened in 1973??

Michael, thanks for your comment. Although it's an interesting take on the subject, the declassification of homosexuality wasn't an action taken by the Federal gov't. Rather, it was based on a vote by the American Psychiatric Association.