Illinois is First State to Repeal its Anti-Sodomy Law (January 1, 1962) 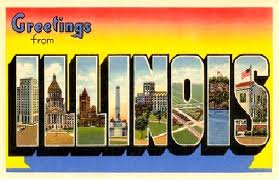 It was a wild time in Peoria on January 1, 1962 as Illinois became the first state to repeal its anti-sodomy law.  Ask most anyone on the street what sodomy is and it's likely they won't be able to give you specifics - but they know it has something to do with turning into a pillar of salt.  The fact that the definition refers to any sex act that isn't "natural" is of little help. (The song Sodomy from the Broadway show Hair offered some help.)  Also, many don't realize that such laws pertained to heterosexuals as well as homosexuals (but prosecution was usually reserved for gay men).

40 years after Illinois' repeal 14 states still had anti-sodomy statutes on the books (mostly in the South).  But after upholding Georgia's anti-sodomy law in 1986 (in Bowers V. Hardwick) the Supreme Court in 2003 struck down Texas' law (Lawrence v Texas), thereby invalidating all remaining anti-sodomy laws nationwide.  (The book The Sodomy Cases discusses in detail these landmark cases.)