Looking Back at Gay History: The 1930s

Dec 21, 1932 - Fred Astaire and Ginger Rogers appear in their first film together, Flying Down to Rio.

Feb 23, 1933 - Less than a month after Hitler becomes Chancellor of Germany, the Nazi Party outlaws all homosexual rights organizations and clubs.

Jan 30, 1933 - Playwright Noel Coward appears on the cover of this week's issue of TIME Magazine.

July 1, 1934 - The Hays Code, a laundry list of guidelines drawn up to ensure "decency" in movies, goes into effect.  One of the guidelines strongly discourages any depictions of homosexuality (falling under the category, "sex perversions").

Aug 19, 1936 - Famed Spanish writer and poet Francisco Garcia Lorca is executed in the initial weeks of the Spanish Civil War.  He was 38. 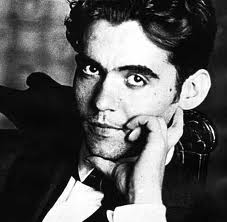 Oct 24, 1937 - Cole Porter's legs are crushed when the horse he was riding while out in the Hamptons falls on top of him.

Dec 3, 1937 - Thoroughbreds Don't Cry is the first movie Judy Garland and Mickey Rooney appear in together.

Sept 1, 1939 - The movie The Women opens in theaters, one week after The Wizard of Oz had its opening.  (World War II also began on this date.)