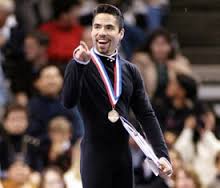 26-year-old Rudy Galindo won the men's figure skating title at the US Championships on Jan. 20, 1996.  It was the eighth time he competed in the Nationals, a competition he previously had never placed higher than fifth in - until this year.  Going into the "long program", Galindo was in third place but then dazzled the judges with his Swan Lake program (for added pressure, he skated last).  What made his title even sweeter was the fact that 1) the Nationals were held that year in his hometown of San Jose, CA and 2) he had publicly come out shortly before the competition.  This gave him the distinction of being the first openly gay man to win a figure skating title.  And fifteen years before Johnny Weir raised eyebrows with his flamboyant skating outfits, Galindo did the same. 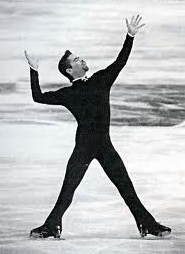 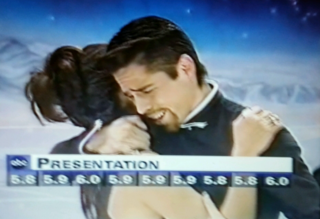 Despite Galindo's success at the 1996 competition he never qualified for the Olympics.  A number of years after his success he tested positive for HIV (a few years after a similar revelation by Olympic diver Greg Louganis in 1995).  In 1999 he appeared on an episode of Will & Grace where he portrayed Will's ice skating coach (episode title: "Will on Ice").  He's now a skating coach in San Jose, CA. 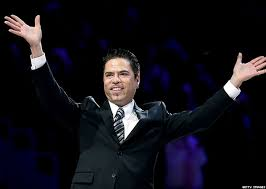 More recently figure skater Johnny Weir (near right) also came out.  And most recently, after much speculation, Olympic figure skating gold medal winner Brian Boitano (1988 Olympics, center photo) came out (by the time he did it wasn't much of a surprise).  The last US skater to win a gold at the Olympics, Evan Lysacek (at Vancouver in 2010), remain curiously reluctant to discuss his life.