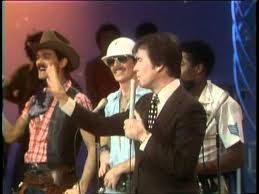 The mainstreaming of gay culture began on the afternoon of Jan. 6, 1979 when the Village People performed their hit song YMCA on American Bandstand (the Good Housekeeping seal of approval for pop music).  Then in April they would crash that bastion of rock'n roll, Rolling Stone magazine, by appearing on its cover.  Having the Village People embraced by the general public was similar to when Wonder Bread came out with a line of whole wheat bread.  Indeed, their Bandstand appearance may have been the beginning of gay culture infiltrating the mainstream - the song made it all the way to #2 on Billboard's Hot 100 chart.  Such acceptance by the masses was what conservative politicians and the religious right feared (and was one of the driving forces behind the rise of the "Moral Majority"). 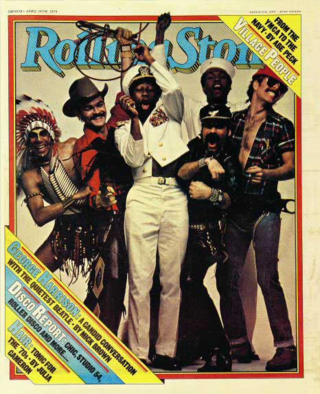 Was the public so benighted that the innuendo-laden message of this and other VP songs such as Macho Man and In the Navy completely eluded them?  (Then again I was also surprised that the "milk mustache" campaign took off because from the very start I thought it had a pornographic connotation.)  Or had they suddenly developed an appreciation of "camp"?  Whatever was behind it, their fascination faded the following year when the Village People "jumped the shark" by appearing in the dreadful movie Can't Stop the Music (co-starring Bruce Jenner, long before plastic surgery). 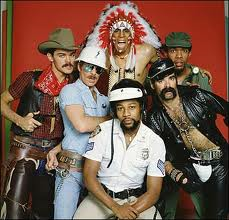 This movie fiasco can't take away from the accomplishment of our merry band of troubadours in introducing some gay culture into the zeitgeist of mainstream America.