Like so many of his fans, I was deeply saddened to hear of the death of Arpad Miklos on Feb. 3, 2013, apparently by his own hand.  Of all the persons I've had any personal interactions with in my lifetime, he is the first to commit suicide (that I'm aware of).  I had two face-to-face encounters with him.  The first was ten years ago, a $250 "investment".  A lasting memory of that evening encounter was that his body was beautifully muscled, but not excessively so, and his skin was smooth like the marble of Michelangelo's David.

My second encounter with him came five years later.  I was returning from a vacation at Yosemite National Park and during my flight back to New York my iPod fell under my seat.  Not able to find it, I got up to ask if the two passengers seated behind me could look around to see if it was in there space, when none other than Arpad Miklos handed it to me.  I got a kick telling friends that Arpad found my iPod! 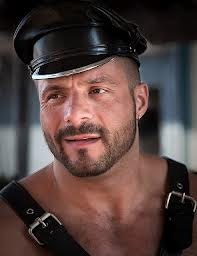 The last time I saw him was three months ago (Dec. 2012) when he exited the E train at the West 4th Street subway station.  He was such a hot and masculine man with a cute, puppy dog look.  Because of the small connection I had with Arpad, I always got a frisson of excitement whenever I'd see a photo of him in the pages of Next Magazine, usually with a smile on his face.  I hope he's now at peace.