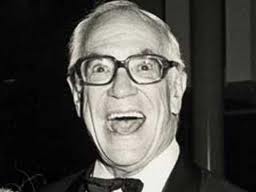 Besides his financial acumen, high-profile billionaire Malcolm Forbes was also well known for his hobbies of motorcycling and hot air ballooning, as well as his much publicized friendship with Elizabeth Taylor.  He died on February 24, 1990 at the age of 70, and two weeks later the fledgling weekly gay magazine Outweek ran a cover story outing him (cover date of March 18).  It was written by gay journalist, and rabble-rouser, Michelangelo Signorile.  (Although the cause of Forbes' death is listed as "heart attack", it is rumored that he actually committed suicide upon learning that he was HIV-positive.)

The story about Forbes was actually just part of the story as the thrust of the article was about the double standard used by the media when it came to reporting on the private lives of closeted gays and heterosexuals.  The act of "outing" was controversial not only with the general public but within the gay community as well.  Because of its potential negative ramifications a debate raged about how ethical it was to reveal a person's sexual orientaiton before they were prepared to do so themselves.  Twenty years later it seems to be reserved mostly for closeted politicians who support anti-gay legislation.

As for Outweek it lasted for just two years.  Both its first (near right) and last issue (far right) were published during Gay Pride Week.