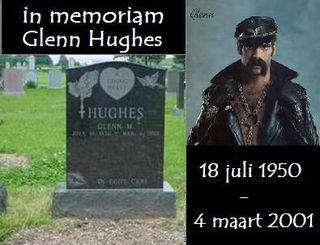 Glenn Hughes, the Village People's furry-chested, handlebar-mustached leatherman died on March 4, 2001 from lung cancer at the age of 50.  The other five members of the original group are still alive and range in age from 55 to 65.  (The group's creator, Jacques Morali, died in 1991.)  The video clip below of Hughes is from the Village People's awful 1980 movie Can't Stop the Music: 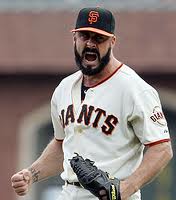 I thought about Hughes when watching the 2010 World Series because Giants relief pitcher, Brian Wilson, reminded me of him - except he doesn't have a hairy chest or naturally black hair (Wilson dyes it to give him an intimidating look).