Judy Garland at Carnegie Hall: A Performance for the Ages (April 23, 1961) 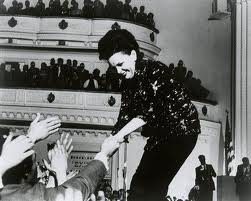 Forgive some of our gay elders if they look askance when the younger generation gushes about seeing the likes of Cher, Barbra or Madonna in concert.  This may be because, in their minds, they saw the concert, i.e., Judy Garland at Carnegie Hall.  This wildly acclaimed performance took place on Sunday, April 23, 1961.  And although she was a showbiz veteran, at the time of the concert Judy was still only 38 years old (just four years older than Marilyn Monroe).

Judy's career had been somewhat fallow since the mid-1950s when she appeared in A Star is Born in 1954.  She and her managers decided 1961 would be the year for a comeback.  After all, she still had quite a reservoir of goodwill from fans to tap into - and she was saddled with debt.  Her Carnegie Hall concert was part of a larger tour that went on during April and May.  (In addition to the concert tour, she also landed a small, but pivotal, role in the movie Judgment at Nuremberg, for which she received an Oscar nomination for Best Supporting Actress.)  In May she returned to Carnegie Hall for another sold-out performance, and then in July she performed at the Forest Hills Tennis Club in Queens. 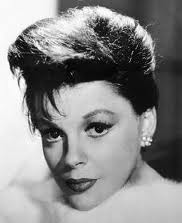 Judy's live concert album won five Grammy Awards and was the nation's #1 album for 13 weeks.  The following year she starred with Frank Sinatra and Dean Martin in an acclaimed TV special.  Due to its ratings success CBS decided to give Judy her own variety show the following year.  Unfortunately, it lasted just one season, largely because it had the misfortune of being scheduled opposite Bonanza.  Still, Judy was back! 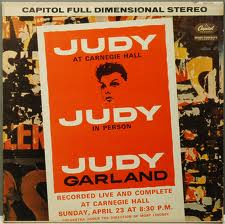 45 years later out singer-songwriter Rufus Wainwright, who wasn't even born until 1973, gave the very same concert at Carnegie Hall on two nights.  He seemed to have much fun as Judy did - and the audience was almost as adoring - but the reviews weren't nearly as glowing.  Here, below, is his version of Judy's San Francisco. 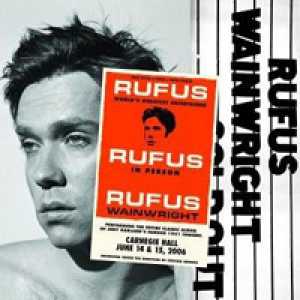