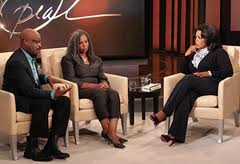 The phrase "on the down low", or the DL, refers to men of color who, while not identifying themselves as being gay, have furtive sex with other men.  This urban slang was picked up by the media at the turn of the 21st century and it picked up steam a few years later with articles in TIME, The Village Voice and the New York Times Magazine.  Then Oprah introduced it to her viewers during an episode of her show that aired on April 14, 2004. 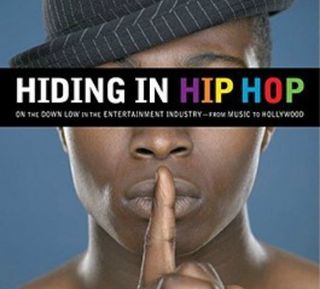 Of course, while the DL may be a black construct, men with wives and girlfriends who sneak off to have sex with other men is hardly limited to blacks.  It's been explained that the term was coined because of an aversion many black men have to being labeled as gay.  (Based on the black men I've known, it's quite a generalization.)  Apparently, in the minds of these men, having sex with a man isn't the same thing as being gay, which they equate with being effeminate.  (I wonder if a similar term has been coined in Arabic for Muslim men?)

Today, thanks to online chat rooms and the iPad app Grindr, sneaking off for a quickie has never been easier or more tempting.  (Fooling around in the steam room at the gym is so 20th century.)  Because of these new means of communication, wives and girlfriends would surely be freaked if they knew the extent to which husbands and boyfriends play around with other men before work, during lunch and after work.

However, it's hardly a new phenomenon.  In the book Gay Manhattan, which talks of gay life in the first half of the 20th century, author George Chauncey revealed that it wasn't uncommon for a straight blue collar guy to have a gay acquaintance on the side to get him off (without reciprocation) whenever their wives weren't able to provide for all their sexual needs.

This is very informative. I have seen that episode and I agree.