The Lunacy of Abstinence Before Marriage
Krystle & Alexis Engage in Nasty Catfight on "Dynasty" (April 13, 1983) 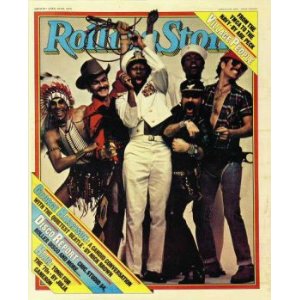 A few months after rocker Rod Stewart succumbed to the Disco Fever sweeping the nation in 1979 with his disco smash Do Ya Think I'm Sexy? (four weeks at #1), the world of rock capitulated further when Rolling Stone put the Village People on the cover of its April 19 issue (it hit newsstands today).  The magazine had earlier cover stories on the Bee Gees in 1977 (posing in their famous white disco suits) and Donna Summer in 1978, but the Village People cover was an indication of how gay culture was being slowly absorbed into mainstream America.  Soon their song YMCA would be played at wedding receptions and performed by ground crews at baseball games.  And a commercial for Old El Paso salsa from the early 1990s was set to the song Macho Man. 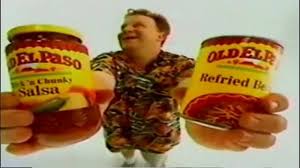 Unlike most novelty groups, the Village People managed to chart three songs in the top 20 of Billboard's Hot 100: YMCA went to #2; In the Navy peaked at #3; and Macho Man topped out at #14.

However, the Rolling Stone cover may have been the straw that broke the camel's back as a backlash against disco music soon began - culminating in the infamous "Disco Demolition Night" riot at Chicago's Comiskey Park in July.  But 30+ years later the mention of the Village People is still likely to put a smile on most faces.

Other ZeitGAYst posts about the Village People:

Coming Out with the Help of the Village People

Creator of the Village People Dies of AIDS