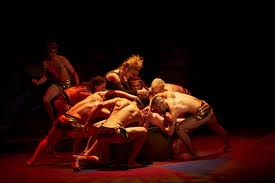 The Pet Shop Boys extended their talents to the theater, and their efforts resulted in the musical Closer to Heaven, which premiered in London's East End on May 31, 2001.  The story brings to mind West Side Story, but with a gay storyline and a London setting.  A young, bisexual man leaves his girlfriend for a deeply troubled, straight acting drug dealer.  A great mix of songs are melded with a story that is sexy, sleazy, tender and heartbreaking.

I had been told about this show by my friend Tom and when the original cast CD was released in early 2002 we found it while we were on vacation in Australia.  Based on his raves, and the fact that I was a PSB fan, I bought it there with great anticipation and I was rewarded many times over. 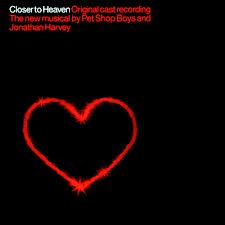 There's one great song after another.  Highlights for me are My Night; It's My Little Tribute to Caligula, Darling!; Positive Role Model; Out of My System; For All of Us; and the title track.  The music is a typical mix of PSB tunes, i.e. some danceable, others heart-breakingly beautiful.  The songs Closer to Heaven and For All of Us still bring me to tears.  And Out of My System has a very En Vogue/Destiny's Child vibe. 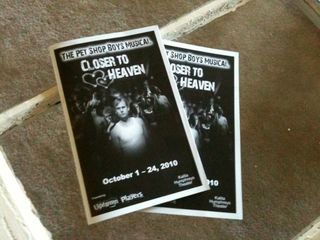 We waited for the show to come to Broadway, but it was not to be.  However, it did have a limited run in Dallas in 2010 (pictured, right).  It got mixed reviews, but in my imagination it was a smash, with great performances, wonderful sets and writhing/hot bodies.  Perhaps its mixed reviews were due to its gay storyline and/or critics' lack of appreciation for the Pet Shop Boys.

If you haven't already heard it, give yourself a treat and take a listen to the cast CD.