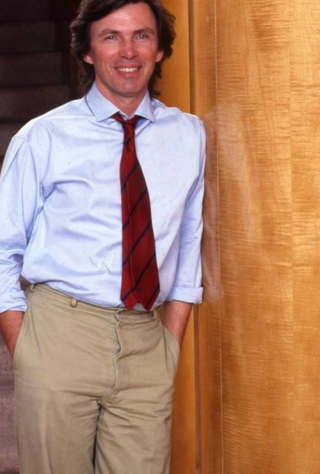 Although many of us lost close friends and lovers to AIDS in the early years, it was the death of "names" that communicated the seriousness of AIDS to the general public.  This first happened in the fall of 1985 when Rock Hudson died.  Then less than a year later Perry Ellis, a well known fashion designer in the prime of his career, was struck down at the age of 46.  His death on May 30, 1986 came five months after his partner of five years also died from AIDS-related complications.

In the early years of the health crisis, the cause of illness and death of many gay men in their 30s, 40s and 50s was wrapped in mystery and denial.  Because of the stigma attached to it, someone's death from AIDS was often attributed to conditions other than AIDS.  (In most cases, these other illnesses were caused by an AIDS weakened immune system.)  Six weeks after Ellis' death, New York Magazine ran a cover story about him that discussed his career and the downturn in his health that was whispered about but never openly discussed.

There was concern that the Perry Ellis label might not survive because of its association with AIDS.  Happily, that wasn't the case and hiring up and coming talent like Marc Jacobs (pictured below) insured that creative inspiration remained.  However, since the fashion industry employed so many gay men, the impact of AIDS posed a serious challenge.  The implications were reported in detail in an article in the NY Times from 1990. 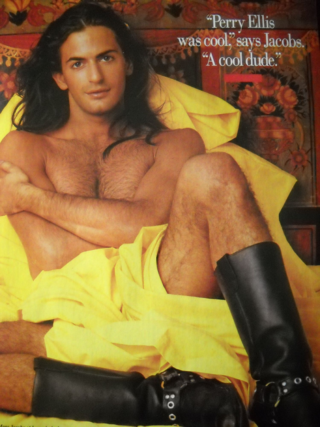 Ellis' was just the first notable AIDS death to shake the fashion industry.  Two months later, famed make-up artist Way Bandy (far right) died at the age of 45.  The next year, Willi Smith (center), a designer just hitting his stride, died at the age of 39.  Then 31-year-old Angel Estrada fell in 1989, followed in 1990 by 57-year-old Halston (near right).

Great post Rob. You know, all these years that I've been familiar with the Perry Ellis label I never knew anything about the man himself. Even in the era of Google, I never looked him up. For all I knew, he was still alive. Thanks for the informative post.

"Because of the stigma attached to it, someone's death from AIDS was often attributed to conditions other than AIDS."

On a related note, did you see the Liberace movie, Behind the Candelabra? I found it fascinating... on many levels!