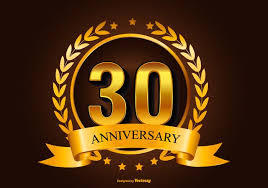 During the spring of 1988 I had been chronically ill, so I decided to get tested for HIV.  Also, an ex-lover of mine had developed AIDS a few years earlier, so I figured the chances were good that I might be positive.  On June 15, 1988, one month after my 31st birthday, I got the results of my HIV test - positive.  I responded to my doctor that I guess this mean I wouldn't need to contribute to my 401-K any longer.  He was concerned that I didn't have a more emotional reaction.  I suppose I wasn't overwrought because my health was much improved by that time, and also because I wasn't overly surprised by the news.  And I'm sure denial played a part as well.

I'm one of the fortunate ones as I've never been hospitalized for any AIDS-related ailments and I responded well to medication.  I tell friends that my relatively good health over the years is because of my strong Eastern European peasant stock.  And although I moved to New York in the late '70s, and engaged in my share of "risky" behavior, I never overindulged in "fast living".  Also, since I lived in New Jersey during my first few years working in NYC, I believe that limited my exposure to these temptations as well, since I usually went home after work. 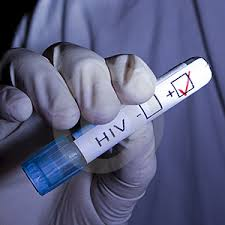 I also count myself lucky that I was able to largely forego taking HIV meds until the mid-1990's, when protease inhibitors were introduced; therefore, I missed being a guinea pig in the early years with experimental drugs that were often toxic and destructive to the body.  I now take just three pills in the morning (one Truvada and two of Reyataz).  Although I've experienced side effects such as elevated blood pressure and cholesterol (which medication has under control), I didn't develop any physical manifestations such as wasting in my face (lipodystrophy), "buffalo hump" (on top of the back) or a distended belly.  Of course, having health insurance is very crucial and a big concern.  Interestingly, in 2015 Truvada, became the pill of choice for the regimen known as PrEP, which is prescribed to those who are negative and sexually active.  It can help reduce the risk of getting HIV-1 when taken every day and used together with safer sex practices.

In my first ten years living with the knowledge that I was HIV-positive, it was something that was with me every day, a cross I bore.  However, as my health remained excellent and the results of my quarterly bloodwork were consistently good (e.g., an undetectable viral load), I no longer thought about it much.  But, of course, I'll never forget friends and loved ones who died, especially Rick Damiata; Paul Sachner; Carlos Mills; Daryl Sorbie; Ron Sears; Greg Villone; and Eric Weinstein (all who were between the ages of 32 and 45).

I've now outlived my father and grandmother, attended the weddings of my brother and sister and have had the pleasure of seeing my nephews grow into young men - events I wasn't sure I'd experience.  And I celebrate each birthday rather than bemoan the fact that I'm getting older. 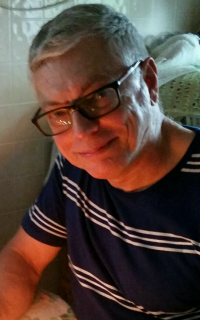