Reaching Out & Touching Someone in Fire Island: Memories of the Pines Phone Directory 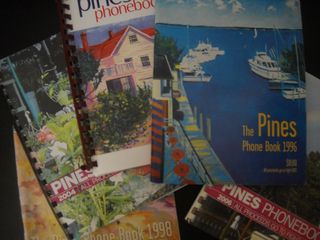 Twelve years after the first "invasion" of the Pines took place on the 4th of July, another tradition began over July 4th weekend in 1988 - the introduction of the Pines phone directory.  It wasn't a directory handed out free by the phone company, but rather a fund-raising idea by a schoolgirl that caught on.  Information was collected voluntarily - some houses even included drag names and pets!  In the early days it was sold door-to-door, then later at the Pantry.  Covers were often Fire Island scenes done in water colors by Pines artists such as the late John Laub or Glen Wielgus.

What made the directory unique was that, in addition to last names being listed in traditional alphabetical order, names were also arranged by house address and by first name.  The first names listings proved invaluable because they addressed those situations that didn't lend themselves to easily catching someone's last name, e.g., jam-packed tea dance, on the beach or in the, ahem, woods.  Recognizing the utility of these listings, the publisher put them in front of the directory. 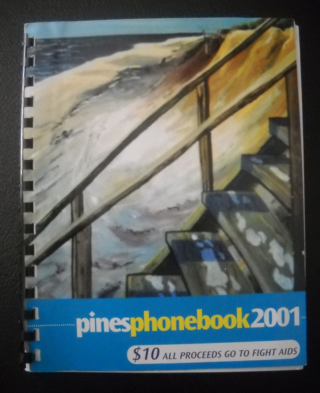 I had a fascination with the first names section.  Since they were already arranged alphabetically, it was relatively easy to determine the most prevalent names on the Island.  (I'm surprised the publishers didn't do it.)  During the six summers between 1996-2001 I'd leisurely page through the directory and take a count (while sipping a cocktail, of course).  In the summer of 2000 the Fire Island News even reported on the the analysis.  The names Michael, David and John always vied for the top (no pun intended).  However, the long stereotyped name, Bruce, wasn't even among the top 20.

It's striking how mainstream the names were.  For example, in 2000 there were just four listings for Carlos, three for Juan, while Miguel and Julio each had two.  And, not surprisingly, there were fewer than a dozen women listed.  I haven't had a share in FIP since 2009 so it's likely things have changed - there are probably even names of kids listed.  As an indication of how popular the directory became, the number of persons listed jumped 60% between 1996 and 2001, from 1,470 to 2,500. 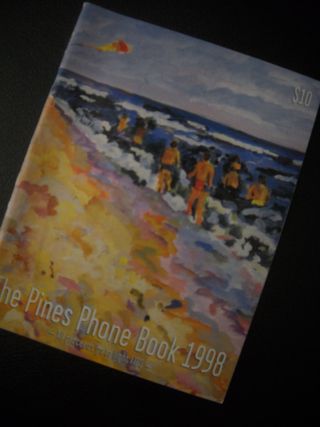 I once tracked someone down using the directory.  I remembered his first name, which was Steve, and the part of the Pines his house was located in (at the other end from where my house was), so I was able to narrow it down to a handful of potential last names.  From our brief conversation I also remembered where in Manhattan he lived (Chelsea/6th Avenue), and I was able to further narrow it down to his apartment building.  However, there were a number of Steves from the Pines directory who lived in that building - and I chose the wrong one; however, the wrong Steve was kind enough to call me (I had left a note in his mailbox) because he happened to know the Steve I was stalking, I mean, seeking.  Mission accomplished, we had a date, but it turned out he had a partner with whom he had an "understanding".  But it was a fun pursuit nonetheless. 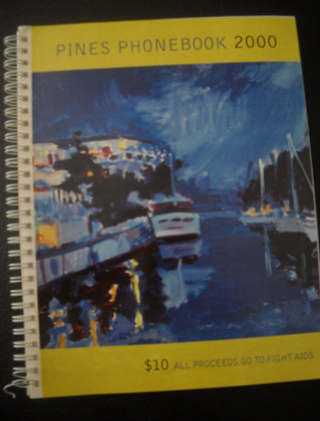 Alas, like print media in general, the directory seemed to lose its utility in the 21st century.  (I even tired of doing my analysis of first names.)  Although e-mail addresses were added and listings could be be submitted to a website, it seemed to come out later, suffered from sloppy proofreading and one summer a sizable number of names were missing (including mine).  But in its heyday it was indispensable - and worth remembering.

Some other ZeitGAYst posts about Fire Island you may also enjoy:

Coming & Going in the Meat Rack

A Postcard Trip to Fire Island