Between 1980 and 1995 I vacationed in Provincetown on a regular basis.  Then I began spending summers at Fire Island and stopped making the trek up to this charming gay resort located at the tip of Cape Cod.  However, I recently had an unexpected vacation there when my friend Andy, who had made arrangements to go there for a long weekend, had a change of plans and asked if I'd be interested in going in his place - all expenses paid.  So on Thursday morning I took the train up to Boston and from there boarded the speed ferry for the 90-minute trip to this quaint Portuguese fishing village.  I was delighted to be able to take advantage of this opportunity because I have fond memories of P-town.

I stayed at a guest house in the heart of town off Commercial St. called Watership Inn.  A cozy place, it consists of a number of weather-beaten buildings which encircle a small backyard.  However, its interior was a bit dreary and dark for my taste, bringing to mind the mansions of the Addams Family or Dark Shadows. 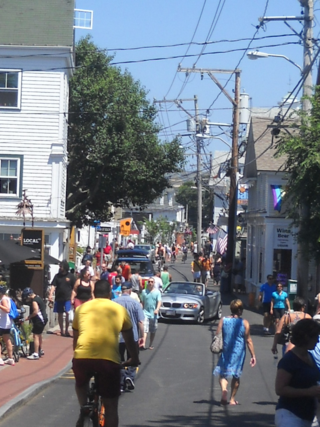 I was pleasantly surprised to find that the town was largely the way I remember, especially the mix of pedestrians, bikes and cars clogging Commercial Street.  And the downtown scene was as vibrant as ever.  The Lobster Pot and Spiritus Pizza were still there as were the art galleries, crafts shops, little stores that sell salt water taffy, Gale Force bike rentals, tea dance at the Boatslip and many of the restaurants.  The big guest houses were bustling, including some I once stayed at - Captain Jack's Wharf, Anchor Inn and Gifford House.  However, one restaurant I fondly remember, Tips for Tops'n on Bradford St., was no longer there, having closed just last summer.  One addition I ruefully noted was the Marc Jacobs store (but no Starbuck's or Chipotle - yet).

Visiting P-town was also a nice respite from New York "attitude" as I found the people here friendlier and less pretentious than those who summer in the Pines.  (But when it comes to sex appeal, the boys of the Pines win hands-down!)  And while Provincetown reminds me somewhat of Cherry Grove, it's missing the shrillness of the Bridge & Tunnel residents who give the Grove its "personality".

The weather was gray and drizzly on my first full day, a Friday, but bright blue skies abounded on Saturday.  And I was happy with both conditions.  After all, overcast skies are great for photos since colors "pop" in the dull light, and the delight of sunny skies go without saying.  However, Sunday turned uncomfortably humid under a light overcast.

To close, what follows is a gallery of photos, showing various aspects of Provincetown, beginning with some of the town's architecture. The middle photograph shows P-town's library. 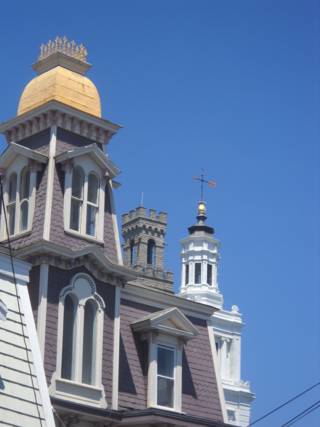 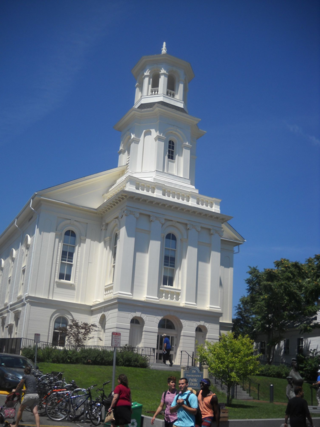 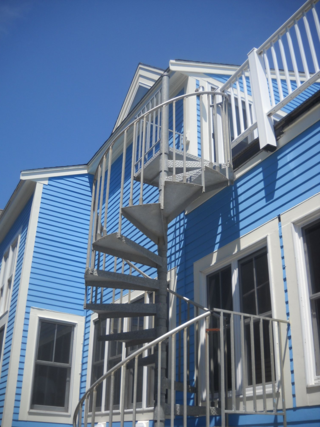 File these four under "The Charm of Provincetown" ... 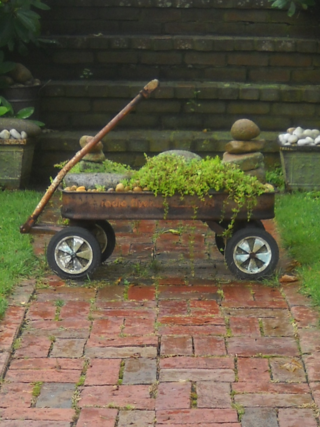 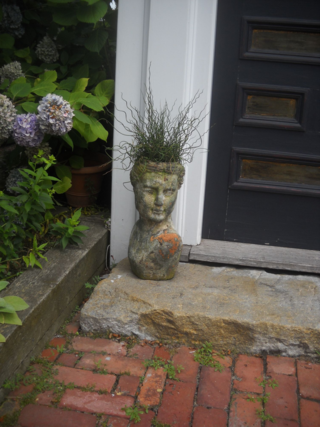 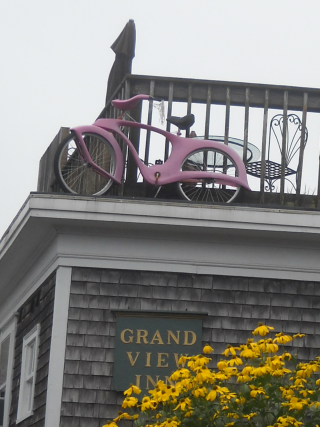 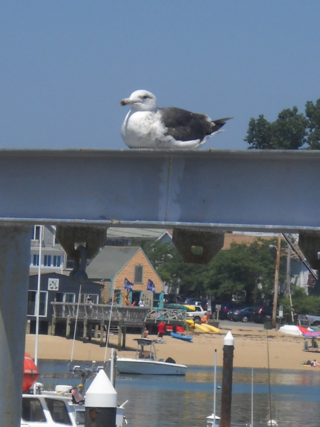 In addition to the many galleries, outdoor sculpting is scattered about town.  The first is titled "Tourists" and is situated in front of the library.  The two photos that follow were snapped on MacMillan Pier, the place where visitors go for a whale watching tour and to get the ferry back to Boston. 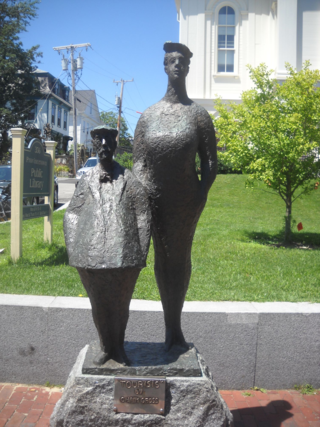 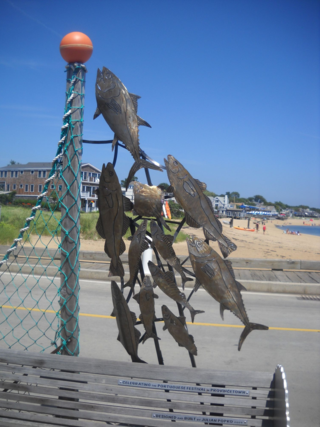 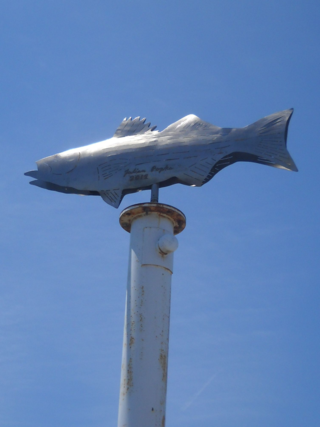