"Jingle Bells" or "Jingle Balls"? Kmart Decks the Halls with Charmingly Risque TV Ad
In the Huddle with the NFL's Sexiest Quarterbacks

I'm not a big fan of Andy Samberg's, but I've been tuning in to his new Fox sitcom, Brooklyn Nine-Nine, because one of its characters, captain Ray Holt, is gay.  Played by Emmy Award winning actor Andre Braugher, it's quite a departure from his usual dramatic roles (e.g., Homicide; Law & Order).  He serves as a great foil to the man-child played by Samberg.  Braugher joins a small list of African American actors who have played a regular character who's gay, including Michael Boatman in 90s sitcom Spin City (as Carter Heywood); Matthew St. Patrick in Six Feet Under (as Keith Charles); and Nelsan Ellis in True Blood (as Lafayette Reynolds). 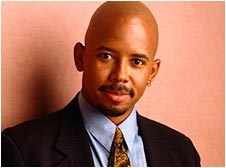 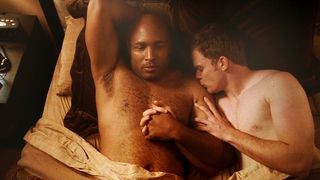 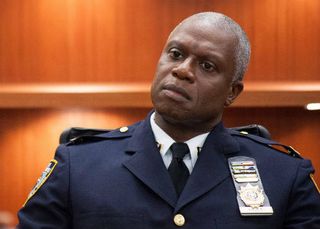 Although the focus of the show is on Samberg, it is Braugher's captain Holt who gets my attention.  I'm captivated by his soulful gaze and the comedic gravity he brings to the role.  And although viewers have been told that his sexual orientation kept him from being promoted to captain back in the 1990s, his orientation is only occasionally referenced.  However, it has also been established that he has a partner, whose name is Kevin (I think Edris Elba would be perfect in that role.)

And although chances are good that the show may not live past its first season, I enjoy the show because its silliness is nicely tempered by the adult presence provided by Braugher.