Judy Garland & Mickey Rooney's First Movie Together (December 3, 1937)
"Valley of the Dolls" - A Delightful, Trashy Mess of a Movie - And a Classic 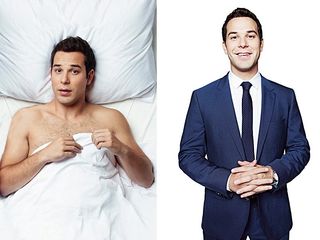 This past fall (in 2013), while I was watching post-season baseball on TBS (yes, you read that correctly) the network bombarded viewers with promos for a new sitcom, The Ground Floor.  But rather than being annoyed, I found myself enchanted by its young star, 26-year-old Skylar Astin.  I wasn't familiar with him from his previous work on the stage (Spring Awakening) or screen (Pitch Perfect), and until I Googled him for this post I thought he was the brother of Sean Astin (Lord of the Rings) and son of Patti Duke Astin.  Perhaps because the show has a completely hetero, boy meets girl premise, I find myself amused, as perhaps only a gay man could be, by its tagline, "Contrasting the top and the bottom".

Skylar inspired me to write a post of appreciation about a number of other actors who can make even a weak series somewhat salvageable.  They're listed below.  In my opinion all of them are sexier than People's latest Sexiest Man, Adam Levine.

James Wolk/The Crazy Ones (28 years old) - Although this post was inspired by Astin, Wolk is my favorite.  He first came to my attention last year on Mad Men where he played an eager account executive with a shadowy past who was revealed to be gay.  This season he's on another show about advertising, the new CBS sitcom The Crazy Ones. Chris Messina/The Mindy Project (39) - Chris plays Danny Castellano, a medical colleague of Mindy's (played by Mindy Kaling).  They carry on a delicious flirtation that each episode comes close to blossoming into romance only to be thwarted.  He's also on the HBO drama The Newsroom. 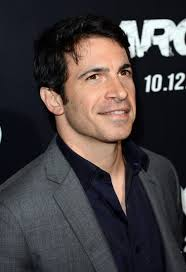 Reid Scott/VEEP (36) - Scott plays Dan, an obsequious staff assistant to Vice President Selina Meyer (Julia Louis-Dreyfus) on HBO's sitcom VEEP.  Although he's straight, Dan is the type who will do anything to get ahead, so even a same-sex dalliance might not be out of the realm of possibility.  One can only hope. 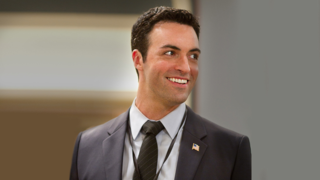 Max Greenfield/New Girl (33) - This one always seems to find himself in situations which require him to strip down.  Which is interesting because it brings attention to a physical flaw, which is his tiny, mosquito-bite sized nipples. 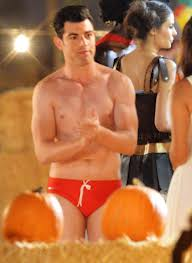 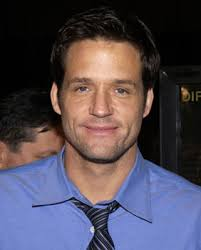 Taylor Kinney & Jesse Spencer/Chicago Fire (32/34) - Actually more hunky than adorable, these two are quite a duo.  They do fireman nationwide proud. 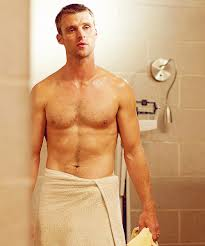 Darren Criss/Glee (26 yo) - As Kurt's charming boyfriend, Blaine, on Fox's Glee, Criss is the only actor on this list who plays a character still in his teens. 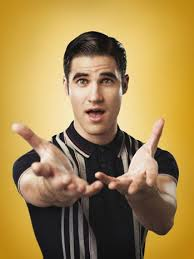 Josh Charles/The Good Wife (42) - You won't find one vampire, meth dealer or duck hunter among the characters on my list.  In fact, half of the them work in professional occupations such as the fields of Finance, Medicine and Journalism.  And Charles' character, Will Gardner (RIP), is one of two attorneys on this list. 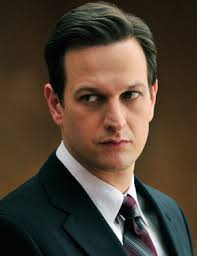 Dan Bucatinsky/Scandal (48) - The only openly gay actor on this list and the oldest of the bunch as well.  Bucatinsky won an Emmy for his role as gay journalist James Novak, who's also the husband of the president's male chief of staff.  Bucatinsky also plays Lisa Kudrow's ditzy assistant on the Showtme sitcom Web Therapy. Glenn Howerton/The Mindy Project (37) - One in a string of boyfriends of the title character, Howerton plays Cliff, an attorney who works in the same building as Mindy, where she works as an obstetrician/gynecologist. 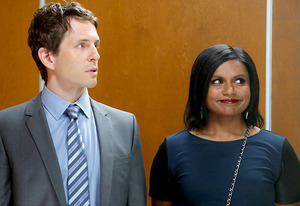