In the Huddle with the NFL's Sexiest Quarterbacks
Judy Garland & Mickey Rooney's First Movie Together (December 3, 1937) On Dec. 1, 2004 the fashion-design reality show Project Runway debuted on Bravo and its viewers were introduced to the debonair, yet avuncular, co-host, Tim Gunn, and his catch phrase - "Make it work!".  (Not to be confused with RuPaul's catch phrase - "You better work!", from 12 years earlier.)  A few years later the show moved to Lifetime where it still airs - and Gunn is still part of the show.  Like the cast of another Bravo that debuted the year before, Queer Guy for the Straight Guy, Gunn distinguished himself with his approachable nature.

At the time he was hired for Project Runway Gunn was dean of New York's Parsons School of Design.  Since then he has hosted another reality show, Tim Gunn's Guide to Style; left Parsons to become chief creative director of Liz Claiborne; was hired as a spokesman for Macy's; and has published four books, the first which was titled Tim Gunn: A Guide to Quality, Taste & Style. 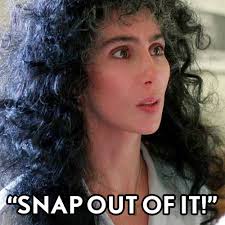 With all of this professional success, it came as somewhat of a surprise when Gunn revealed that he has been single and celibate for nearly 30 years, ever since a relationship ended that he never got over.  Reading this, I thought of a friend of mine who lost a partner in a car accident and another whose partner was murdered.  Both bounced back from these crushing losses and started new and successful relationships.  So when I read how Gunn has chosen to deal with his heartbreak I wanted to slap him like Cher did Nicolas Cage in Moonstruck and scream, "Snap out of it".