Early Indicators That Pointed to a "Pink" Future

A few years ago on the season premiere of HBO's sitcom Curb Your Enthusiasm, Larry, the show's protagonist, had an amusing first encounter with his girlfriend's precocious, bordering on flamboyant,  7-year-old son, Greg.  Greg was likely not aware of his gay tendencies (e.g., Project Runway was his favorite show), so Larry referred to him as being "pre-gay".  I could relate because, looking back, all the indicators were there for me as well.  Here are nine of them, memories from when I was a boy: 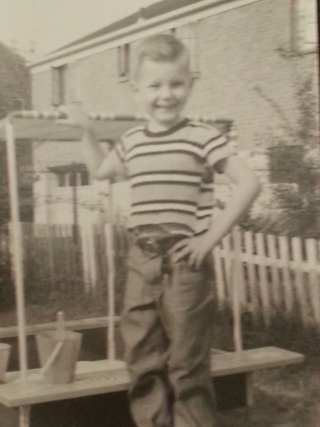 However, at the same time I also possessed some traditional boylike characteristics.  For instance I liked cars, airplanes and building blocks, enjoyed playing wiffle ball with my brother and when I occasionally played touch football with the neighborhood kids I'd get exhilarated whenever I got roughed up.  I also enjoyed making fires and crushing my metal and plastic cars with bricks.  And blue was my favorite color.

My parents never tried to steer me in either direction and I did the things that appealed to me; my brother and sister never harassed or ridiculed me.  Furthermore, I never suffered at the hands of bullies, although looking back I certainly could have - kids weren't as mean and hateful as they seem to be now.

Tags: Daryle Lamonica of the Oakland Raiders, first signs that you were gay, Jade East cologne, locker room celebrations, playing in a sandbox