Divas & Gay Icons Who've Made Their Mark at the Super Bowl

Befitting an event that attracts more than just the most avid football fans, the Super Bowl has probably drawn its share of gay men with no interest in football due to its organizers' choice of performers, some who sang the National Anthem, others who were part of the halftime show.

The National Anthem's ending is a showcase for diva embellishment.  Diana Ross was the first diva to sing it, at Super Bowl XVI in 1982.  Two years later Barry Manilow got the nod.  Then in 1991 Whitney Houston received accolades for her bombastic version in 1997 Luther Vandross joined Barry Manilow as the only other male diva to sing; Cher performed in 1999, Mariah Carey in 2002, Beyonce in 2004, Jennifer Hudson in 2009 and Christina Aguilera in 2011 (she flubbed one of the lines).  And then in 2016, Lady Gaga was handed the microphone.  In my estimation, here are the three best: 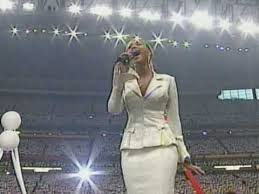 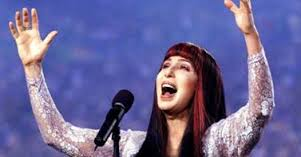 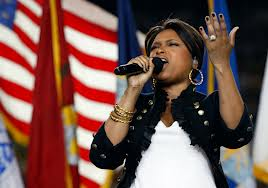 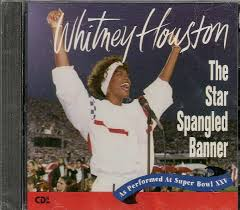 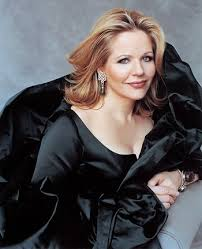 In the early years of the Super Bowl Carol Channing appeared during halftime at the 1970 game (likely singing Hello Dolly) and again in 1972 (joined by Ella Fitzgerald).  Then there was a long lapse before Diana Ross headlined in 1996.  Hers was most dramatic as she first appeared in a puff of smoke and then later was whisked away by a helicopter at the end of her performance (found at the 10:30 mark of this video clip).  Chakha Khan was one of a group in 1999; Tina Turner, Christina Aguilera and Toni Braxton appeared together in 2000; Britney Spears and Mary J. Blige appeared in 2001; and then eleven years went by before Madonna (in Egyptian headdress); Beyonce (in a Victoria's Secret meets dominatrix outfit);  Katy Perry (getting upstaged by her sharks) and Lady Gaga got the honors in 2012, 2013,  2015 and 2017, respectively. 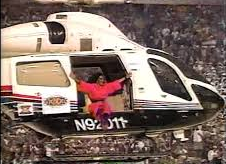 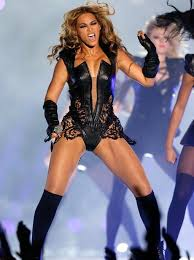 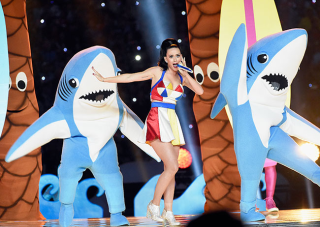