A few years ago my Secret Santa gave me a fun book titled All Over the Map.  It grouped US towns and cities into all sorts of categories, such as "Sex","Food" and "Shakespeare"; the categorization was the inspiration for this post.  During a long delay at La Guardia Airport this past Christmas I pulled out my smartphone and began Googling every state, scanning the names of their cities and towns to see if any piqued my gay sensibility.  I got a kick from those that appeared to be either the brainchild of a closeted gay alderman from the 19th century or the name of a town in a bad gay novel. 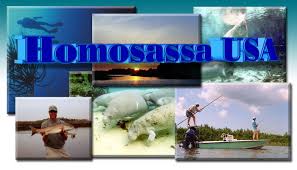 The only criteria for consideration was the ability of a town's name to trigger a gay association.  For instance, Knob Lick, Missouri made me think of Modern Family's gay daddy Cam, who is from the state.  Effie brought to mind Effie from Dreamgirls.  I associated Felch Township with a sex act that I've never experienced (nor want to).  Sondheimer made me think of Stephen.  And I associated Lu Verne with a drag queen.  Of the 40 or so listed below, my favorites are De Queen, Fruit Heights, Gayville, Homosassa and Fancy Gap.

As I read through the names I thought up some of my own that could be viable candidates, such as Treasure Trail, Fabulous, Ballsack, Boa, Power Bottom, Harness and Taint Springs - none which would seem out of place in a state like Texas.  Interestingly, popular gay resorts don't have names that play on their gay visitors, e.g., Pines, Cherry Grove, Provincetown, Ogunquit, Saugatuck, Rehoboth, Palm Springs, Ft. Lauderdale, and Key West.

Tags: gay geography, gay towns in the US, list of gay resorts

Can you tell I have a weakness for the word "fruit"?