Jan. 19, 2014 - The gay-themed dramedy Looking, somewhat of an updated version of Queer as Folk, debuts on HBO.

Feb. 23, 2014 - Jason Collins becomes the first openly gay player to play in a NBA game when he takes the court for the Brooklyn Nets in a game against the LA Lakers.

Feb. 25, 2014 - The day after Uganda's president enacted a harsh anti-gay law the Red Pepper tabloid published on its front page a list of what it called the country's top 200 homosexuals.  It ran under the headline "EXPOSED".

March 13, 2014 - The Centers for Disease Control reports the first case of direct transmission of HIV from lesbian sex.

May 10, 2014 - Three months after coming out 24-year-old Michael Sam becomes the first openly gay football player to be drafted by the NFL when the St. Louis Rams choose him.  News coverage shows him joyfully kissing and embracing his boyfriend (right) upon getting the phone call from the Rams.  (A few months later he was released by the team, picked up the Dallas Cowboys and released by them as well.)

May 14, 2014 - The CDC comes out in support of using the AIDS drug Truvada as a pre-exposure prophylaxis (PrEP) for sexually active men, the first government approved HIV prevention pill.

May 21, 2014 - Pennsylania's governor declines to contest the state's Supreme Court's decision overturning the state's ban on same-sex marriage, thus making gay marriage legal in all nine states of the Northeast. 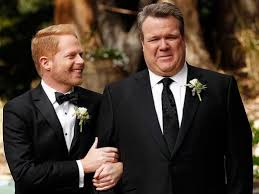 May 27, 2014 - The medical drama Nightshift debuts on NBC as a summer replacement series.  One of the show's characters, played by Brendan Fehr, is a closeted doctor whose boyfriend (Luke MacFarlane from Brothers & Sisters) is fighting in Afghanistan.

June 19, 2014 - The General Assembly of the Presbyterian Church votes to change the definition of marriage from "a man and a woman" to "two people," and to allow ministers to perform same-sex marriages where it is legal.

Sept 25, 2014 - In the premiere episode of ABC's drama How to Get Away With Murder, one gay character rims another - and there was no viewer uproar.

Oct. 6, 2014 - In a decision that catches many by surprise the US Supreme Court lets all circuit court decisions stand that had struck down same-sex marriage bans in five states: Virginia, Indiana, Utah, Oklahoma, and Wisconsin. 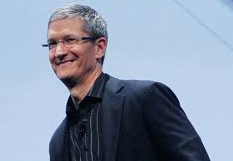 Nov. 14, 2014 - Derrick Gordon of the University of Massachusetts (UMass) becomes the first openly gay athlete of a Division I college to play a men's basketball game.

Dec. 23, 2014 - The FDA announces it is lifting the ban on gay men donating blood.  However, since the ban will continue for men who have had sex with a man in the past 12 months, most gay men will still be prohibited from donating.

(To read about gay pop culture and history from other years, double click here.)