I don't subscribe to HBO so I came to its series Looking a bit late.  However, last month I watched the show's eight episodes in two sittings at my friend Tom's place.  I really enjoyed it and found it refreshing that storylines didn't revolve around circuit parties, hook-ups or children (which is probably why some found the show boring).  It's about three friends who live in San Francisco.  Patrick (played by Jonathan Groff) represents the gay Everyman, Agustin is the pretentious one and Dom's world revolves around sex and being desired.

My favorite character is Patrick's boyfriend, Richie.  Besides being sexy as hell, he's loving and the most grounded of all the characters.  My least favorite character is Dom, who bores me.  As for Patrick's boss, Kevin, I liked him at the beginning (although I found his tiny, protruding ears distracting), but in the final episode my disdain for Agustin, who finally got his comeuppance, transferred over to Kevin because of his predatory nature.

I found it interesting that HIV was mentioned just once, during a discussion between Patrick and Richie, and it was a very simplistic chat at that, suggesting that in-depth knowledge about transmission has been lost to the younger generation of gay men.  Patrick displayed more naivete with his lack of knowledge about uncut cocks.  I found this unusual considering that he's supposed to be in his early 30s, plus his pals Agustin and Dom are pretty worldly. 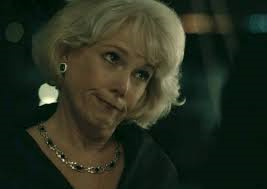 Others compare Looking to Girls and Sex & the City but I don't see that.  Instead, Queer as Folk is what I compare it to (or perhaps Tales of the City because of its San Francisco setting).  The characters on Looking aren't unbearable as those on Girls nor do they live lives of fabulosity like the gal pals on Sex & the City.