1977 and 1978 were the halcyon years of the disco era.  The 10-month period between October 1977 and August 1978 was particularly frenzied as four double albums were released: the soundtracks to Saturday Night Fever and Thank God It's Friday and two by Donna Summer.

I bought it in June 1978, seven months after its release.  After more than 30 years I've tired of Night Fever, How Deep is Your Love? and Stayin' Alive, but my ears still prick up when I hear other hits such as If I Can't Have You; More Than a Woman (both versions); Disco Inferno; and You Should Be Dancing.  And I always had a soft spot in my heart for KC & the Sunshine Band's Boogie Shoes.  The extended instrumentals were worth listening to as well. 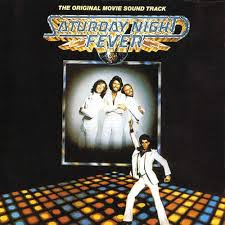 With the exception of Last Dance (and to a lesser degree, the title track), this wasn't packed with big hits like Sat. Night Fever.  This was probably the reason I didn't get around to buying it until five or six years after it was released - and then only because it was at a discount record store on 5th Ave. for $1.99.  But it was quite a find because it was packed with great dance tracks by Diana Ross (Lovin', Livin' and Givin' - not to be confused with Journey's Lovin', Touchin', Squeezin' ); Thelma Houston (Love Masterpiece);  Pattie Brooks (After Dark); Donna Summer (With Your Love); Cameo (Find My Way); and Love & Kisses (You're the Most Precious Thing).  These tracks all got plenty of attention at gay discos. 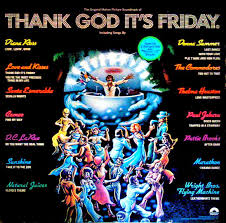 I have a special place in my heart for this album because it was my first by Donna Summer, bought in the summer of 1978, when I was coming out.  I was somewhat familiar with only the single Rumor Has It, but I had a feeling I'd love the other tracks - and I was right.  It contains lush, swirling songs such as Fairytale High; Trip to Nowhere; I Love You; and Now I Need You. 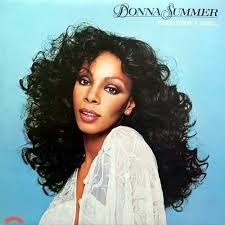 A powerhouse of an album anchored by the 19-minute MacArthur Park Suite, which had the songs One of a Kind and Heaven Knows embedded in it.  The other three sides were live and included most of the tracks from Once Upon a Time, a way to expose mainstream audiences, who embraced the album as much as "the gays."  At the Monster in Greenwich Village they still play MacArthur Park Suite in its entirety every Tuesday at their classic disco night. 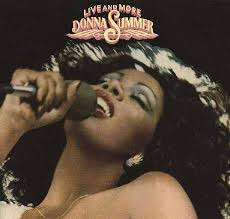