Landmark Supreme Court Decision Strikes Down US Sodomy Laws (June 26, 2003)
Unusual Circumstances Behind the Deaths of Some Noteworthy Gay Personalities

How Did Gymnasts Danell Leyva & Louis Smith Escape My Attention? 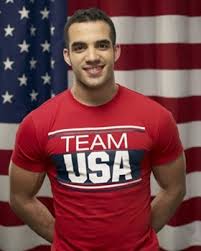 I blame it on Tom Daley.  Since I write about gay pop culture and LGBT history l figure I have a pretty good awareness of who the gay personalities are in our midst.  So I was startled to discover that a hot, accomplished US gymnast who I was unfamiliar with was openly gay - and had been for a number of years!  I made this discovery while searching Google Images for two Asian gymnasts whose names I needed because I had featured them a recent post about armpits.  As I scrolled through the pics I kept coming across a really hot gymnast whose name was Danell Leyva.  Wanting to learn more about him I went to his Wikipedia entry where I discovered that not only was he one of the USA's most skilled gymnasts (on the parallel bars), but he's openly gay.  I believe he escaped my attention because during the 2012 Olympics I was so enraptured with British diver Tom Daley that I paid no attention to the gymnastics competition. It's all his fault. 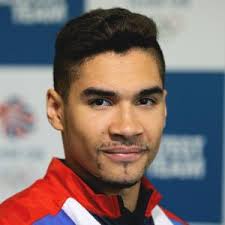 Then, just as I was regaining my composure, I came across photos of an equally hot gymnast who I was also unfamiliar with, this one from the UK.  His name was Louis Smith; he's three years older than Leyva (25 v 22) and three inches taller (5'10" v 5'7").  He's the product of a Jamaican father and English mother (Leyva is Cuban).  Apparently not gay (or just hasn't come out yet?), he's ingratiated himself with the gay press by doing sexy photo shoots).  Besides medaling at the Beijing and London Olympics (on the pommel horse) he was 2012 champion of Strictly Come Dancing, the UK's version of Dancing with the Stars.  A few years ago, rather than his stylish coif, had a simple buzz cut.  No matter, he's hot either way - or any way.

Anyway, better late than never.  As I sat down to choose photos to include here I thought to myself that it might easier to just provide a link to Google Images rather than agonizing over which of the hundreds of tantalizing pics should be selected.  However, martyr that I am, I hunkered down and made the tough choices.  And here are my selections ... 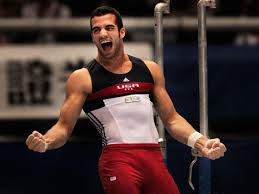 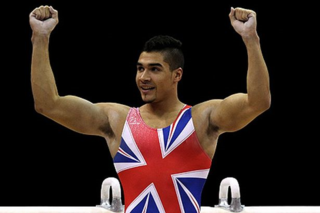 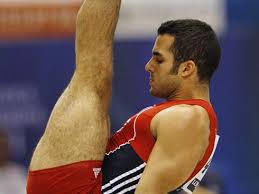 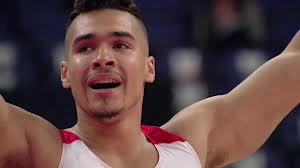 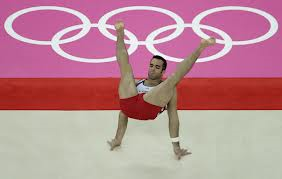 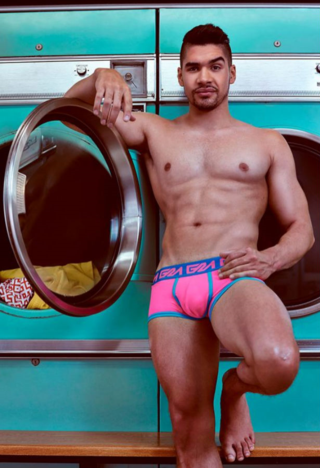 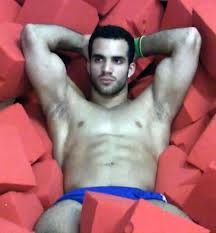 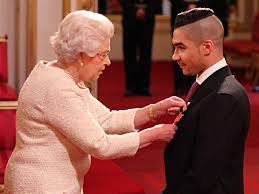