Unusual Circumstances Behind the Deaths of Some Noteworthy Gay Personalities
Why Do Some Gay Men Take Their Husband's Last Name? 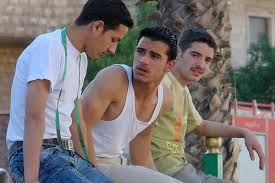 Considering how virulently homophobic Muslim society is, it's comical that their religious leaders (or local chapter of the Taliban) have created an environment, similar to prison, in which homosexual sex is one of the only viable options available for single men seeking "release."  Similar to "Don't ask, don't tell," furtive gay sex goes on behind closed doors (the Muslim "DL"), but come daylight and homosexuality is condemned.  And woe to anyone who's openly gay in the light of day - that is an abomination met with severe punishment, even death.  (Note to Western gays: Muslim men on their knees with their butts in the air during the daytime are praying.) 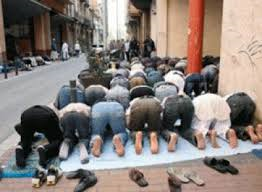 However, a similar dysfunctional dynamic holds sway here in the good ol' USA with the Religious Right.  The more vehemently some of them condemn homosexuality, chances are it's a smokescreen to hide their true nature and clandestine same-sex assignations.  (Larry Craig and Ted Haggard, left, are two shining examples).  Or, perhaps they're just angry that others are living the life they desire.  And, oh, do they love to talk about homosexual sex (hello, Rick Santorum!)  400 years after it was written by Shakespeare, the famous line from Hamlet still rings very true in both the Middle East and the West:  "The lady doth protest too much, methinks."