When They Were Young: Gay Heartthrobs From the Past
The Fad of Gay Parenting: How Much Longer Will It Last?

Four years ago I wrote a post about popular LGBT personalities, and another about gay icons over the age of 75.  This latest post provides an overview of accomplished gay men and lesbians who are no longer with us.  I've drawn up a list of just over 250 individuals who've made their mark in their respective professions.  Of them, about two-thirds were open about their sexual orientation. (Please note that this post was published in 2014.)

The median age of these gay pioneers at the time of their death was 63.  Taking out the 20% who died of AIDS (at a median age of 45), the median age of those who died from other other causes rises to a still relatively young 68.  The oldest, architect Philip Johnson (in photo below) was 98 when he died in 2005.  Del Martin and Mabel Hampton were the oldest lesbians, both 87 at the time of their deaths in 2008 and 1989, respectively.  The youngest person on the list is Pedro Zamora, a cast member of MTV's The Real World, who died from AIDS at the age of 22.  He's followed by actor James Dean who was 24 when he was killed in a car accident.  The woman who was youngest at the time of her death was Lorraine Hansberry, who wrote Raisin in the Sun.  She was 34.

Sixty-one persons (about 25% of the total) were born before the 20th century.  The furthest back in time was the Roman emperor Hadrian, followed by Richard the Lionhearted and Henry II. 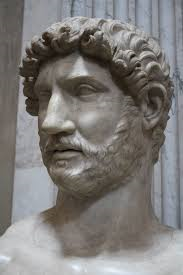 Looking at how many search results their names turn up on Google, the median number is 440,000 (note: from the summer of 2014).  Sixty-one generated more than 1 million search results, with Alexander McQueen (pictured below) and Leonardo Da Vinci the top two, well ahead of the rest.  After them, the three others with 5 million or more search results are Oscar Wilde, Divine and Andy Warhol.  Frida Kahlo is the woman with the most, ranked twelfth with 2.8 million.  Sixty-four have fewer than 100,000, with the lowest number being for Mabel Hampton, Franciscan Friar Mychal Judge and drag performer Bunny Breckinridge, all who turned up 7,000.

By profession, actors/actresses and authors/novelists have the greatest representation, comprising close to 40% of the total.  Then there are occupations with just one LGBT person associated with them, such as architect (Philip Johnson); mathematician (Alan Turing); chef (James Beard); economist (John Maynard Keynes); marine biologist (Rachel Carson); and astronaut (Sally Ride). 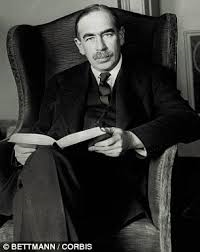 Finally, regarding their deaths, more than half died from either AIDS, various forms of cancer or heart attacks.  Additionally, nine were murdered, eight took their own life, seven died in various accidents and two died from drug overdoses.  It should be noted that not everyone who died before they turned 50 died from AIDS as nearly half died from other causes.