The Fad of Gay Parenting: How Much Longer Will It Last?

When I see giddy gay daddies toting around their kids, I think of the tattoo craze.  Although it peaked a few years ago, those sporting one are stuck with them.  And I think that gay men with kids is another fad (this isn't an issue with lesbians, who don't possess the "Hey, look at me!" gene).  But unlike that Brazilian boyfriend who was so enthralling for the first year when he was brought in to spice up a stale relationship, kids can't be sent packing after the sparkle wears off (nor can you hope they'll scope out another couple with even more money and move on).  Yes, one of the daddies may split (as BD Wong or Ricky Martin can attest) but little ones are a responsibility that can't be stuffed into the back of a walk-in closet. 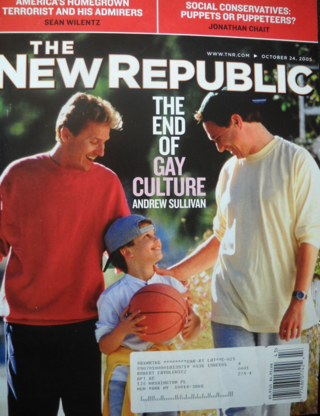 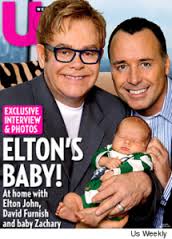 Once the kiddies age out of their darling "accessory" phase, and no longer warrant fawning attention of friends and family, some gay fathers may come to the sobering realization (behind their Potemkin facade) that, unlike last year's fashions, they won't be able to drop off Jamal or Sophia at Housing Works.  Already the general public's interest in the trend appears to be waning, as suggested by the cancellation of the TV show The New Normal.  Despite its Ryan Murphy pedigree and attractive male couple, it never caught on.  (Perhaps viewers got their fill of gay parenting from Modern Family's Cam and Mitch and daughter Lily.) 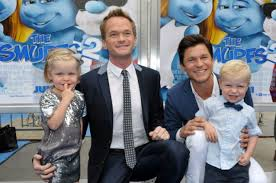 Twenty years ago if you saw a gay man looking haggard it was a safe assumption he was either ill or had been at a circuit party.  Now, however, chances are good he's raising kids.  And as these cherubs suck every last drop of fabulousness from their existence, gay daddies may come to appreciate, as the baroness did in The Sound of Music, the wonderful institution known as boarding school.  That, my friends, will be the next big fad.

companies and marketers of luxury goods will take a hit as gay parents spend what was previously discretionary dollars on mundane necessities for their kids, such as clothes, Pop Tarts and Chips Ahoy cookies, toys (no, not those kind,) healthcare items and education (boarding school as well as college).

(Besides lesbians, I don't believe this will be an issue with gay fathers who don't live in major metropolitan areas, especially New York, LA and San Francisco.)