Why Do Some Gay Men Take Their Husband's Last Name?
Remembering Our Gay Ancestors

When They Were Young: Gay Heartthrobs From the Past

Besides being very accomplished in their various professions, some of our gay forebears were also blessed with strikingly good looks (not surprisingly, many were products of Hollywood's star-making machine.)  What follows are those men, in alphabetical order, who turned heads and caused fainting spells when they were in their prime.

Spanish fashion designer whose house of Balenciaga thrived in the 1940s and 1950s. 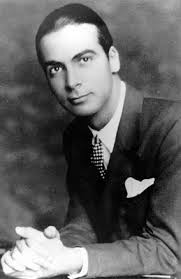 English actor especially known among gay audiences for his homoerotic wrestling scene with Oliver Reed in the 1969 movie Women in Love (whose screenplay was written by none other than Larry Kramer).  In the photo I've chosen I see a little bit of Zac Efron in Bates' facial expression. 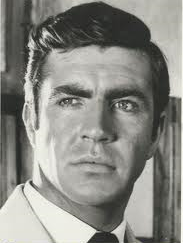 Composing and conducting were just two of his many talents.  Somewhat gawky as a young man, Lenny came into his own as a sex symbol as he approached his 40s.  And as an older man he cut quite the dashing figure in his tux while conducting the New York Philharmonic.  In pop culture he's best known for composing the music for West Side Story and his series of Young People's Concerts on CBS. 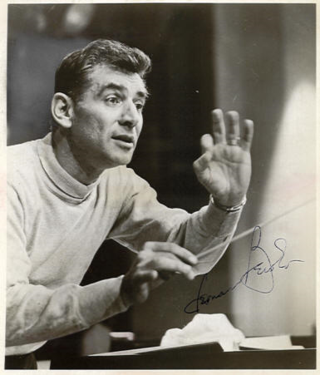 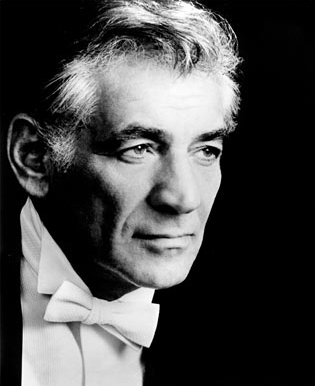 A critically acclaimed (four Oscar nominations), and handsome, actor whose good looks were marred somewhat after a serious car accident in the mid-1950s caused facial scarring.  This was the beginning of a downward spiral that ended with his death ten years later. 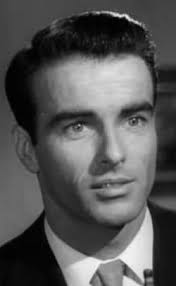 Actor best known for his starring role in the 1948 Hitchcock movie Rope, which had a gay subtext.  Looked a bit like Eddie Fisher. 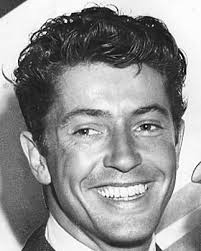 There's eye candy and then there is Eye Candy, and that would be Rock Hudson.  If People Magazine had been around in the 1950s and '60s he probably would have been chosen its Sexiest Man Alive multiple times. Actor, singer and dancer, he's best known for his role as Tony in the Broadway production of West Side Story.  Then in 1970 he replaced Dean Jones in the role of Bobby in Company.  In this photo he somewhat resembles Liam Neeson. 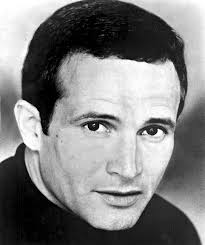 Playwright, stage director and screenwriter best known for West Side Story, Gypsy and La Cage aux Faux.  Had a reputation for being very difficult to work with (ask Patti Lu Pone) and burned many bridges (ask Stephen Sondheim).  This demeanor is probably what kept him alive into his 90s. 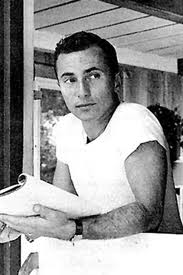 Poet and novelist who was executed in the early weeks of the Spanish Civil War. 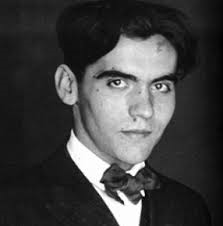 French actor (stage and screen), director and sculptor.  Wildly popular in France for his roles as a swashbuckler.  Had a 24-year relationship with novelist/poet Jean Cocteau. 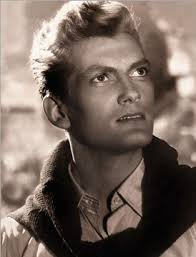 Not to be confused with Sherwin Williams, Mathews was a B-list actor whose roles ranged from Sinbad the Sailor to Johan Strauss (on the Wonderful World of Disney).  Reminds me of Paul Rudd Actor who rose to fame at a young age with roles in movies such as Rebel Without a Cause, Giant and Exodus before he was 22 years old.  More cute than handsome, he tried to change his image as he got older and directed/starred in a stage production of Fortune and Mens' Eyes. 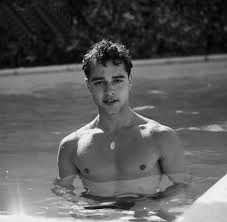 Actor who appeared mostly in low-budget movies and TV series.  Perhaps best known for being pals with Rock Hudson, and some suggest they were romantically involved.  The photo below of them together brings to mind the even more famous poolside photo of Cary Grant and "roommate" Randolph Scott. 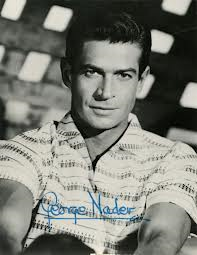 Actor in the same mold as Rudolph Valentino, who was a contemporary.  (I have an acquaintenance, an accountant, whose name is Ramon Novarro.) 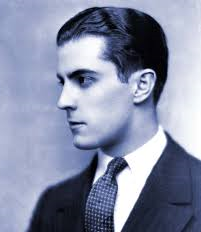 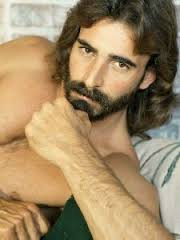 Boyishly handsome actor best known for his role as Norman Bates in Alfred Hitchcock's Psycho.  15 years later in the movie Mahogany he played the possessive/unhinged photographer who discovered Diana Ross's character.  Interestingly, his character's issues with his homosexuality were similar to Perkins' struggles in real life. 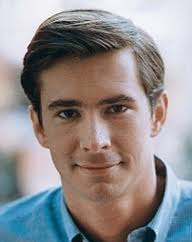 Dramatic actor best known for his role as Coalhouse Walker in the movie version of Ragtime in 1981.  This was his first movie and he received an Oscar nomination for his role. 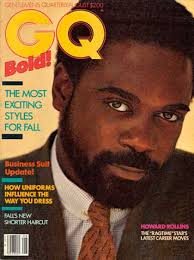 Although this world-renowned fashion designer wasn't leading-man sexy, he had a boyish appeal when he was first starting out.  Like Anthony Perkins and Montgomery Clift, St. Laurent's adult life was characterized by mental anguish. 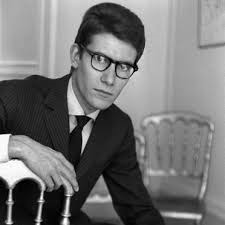 Tryon was one of a number of actors I wasn't' familiar with when I began work on this post.  Others were Jean Marais, Kerwin Mathews and George Nader.  In his older years he was the spitting image of Mitt Romney. 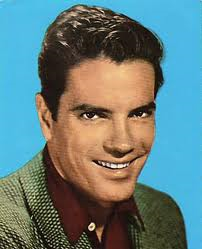 Famed actor who looks very much like Cristobal Balenciaga and Ramon Novarro.  In many of the photos I've come across he's holding a cigarette.  (But he didn't die of lung cancer.) 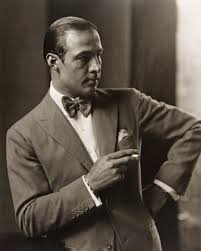 Novelist, essayist, writer of screenplays and an intellectual gadfly, Vidal wrote the novel Myra Breckinridge and created headlines when he and William F. Buckley Jr. got into a heated argument on TV during the 1968 Democratic Convention.  Vidal called Buckley a Nazi and Buckley called Vidal a queer. Finally, some former heartthrobs are still alive, including Richard Chamberlain (80 years old) and Tab Hunter (83).  Of all the names on this list Chamberlain is the one most identified with TV, beginning with Dr. Kildare in the early 1960s.  And Hunter, besides having a movie career, is the only one to have a #1 song, Young Love in 1957. 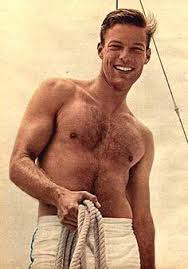 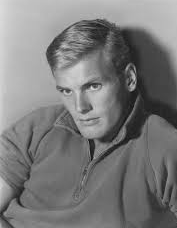 Rob, if you ever do a second edition, I have source books. I met Farley Granger at the Xerox copy place, that used to be on 7th Ave. He was with his bf at the time, pianist Van Zant. My late partner, Ron, had a tearoom experience with him as as well as Larry Kert. Ron also had a night with Leonard Whiting, Romeo of the Zefferilli "Romeo & Juliet."

For years, my biggest claim was Ina Balin's brother. She played opposite Elvis and helped the cause of Vietnamese children. Someone sent me Richard's email and I thought about contacting him, but it was about his daughter doing a bio of Ina. (Ina Balin's character steals Joanne Woodward away from Paul Newman in "From the Terrace.")

I have/had a sort-of relationship with a Hollywood "prince". He is very much alive and waiting for his memoirs to be published. He ain't no great looker. On the day of his third marriage, he sent his bride to have her hair done and we had "time together" in the Bank St. townhouse he rented. He no longer lives in NYC but I sometimes see him in his room at the Harvard Club when the wife decides NYC is boring or too cold. She is a Delano, as in Franklin Delano Roosevelt. Her trust fund is much larger than his. He was married to an Ochs Sulzberger (NY Times) and before that to a golddigger who wrestled the land under Neiman Marcus on Rodeo Drive away from him in the divorce. Katherine Hepburn babysat him and had an affair with his mother.

Whether Valentino was gay is still not factually confirmed.

Some who claimed servicing him give dates and places when its proven he was elsewhere.