Naming Names ... Counting the Gay Men in My Life 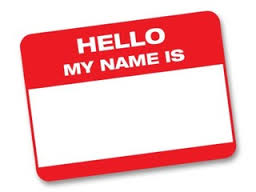 Most of us find ourselves attracted to a man based on his physical characteristics and/or personality traits.  I can't imagine that an individual's first name is a deal breaker, but it may serve as the cherry on top.  However, some names seem to stimulate the pleasure center in the brain more than others.  Interestingly, as I think about my favorite names, very few men in my social circle have a name on this list (see list below).  For the most part, the names of my friends, boyfriends and acquaintances (past and present) are neutral, e.g., Michael, David or Brian.  Of course, I'd never choose to date or not date someone because of their first name.   But if I had a bad experience with someone their name might stick in my subconscious and cause some trepidation if I encountered it again. 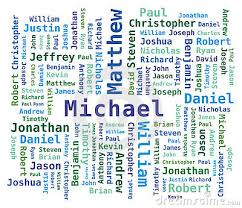 The gay men who have been part of my life in some way have 241 different names.  The most frequently encountered have been: Michael (19); John (19); David (12); Mark (12); and Paul (10).  Two-thirds of the names have just one person attached to them.  Some of the more out-of-the-ordinary include the following: Armin, Arunas, Barrington, Blandon, Cyg, Jatinder, Kemper, Kuba, Mahes, Udy, Shasi and Toon.  (There is also one Robb, a Donn and a Mat.)

As far as my own name goes, there are/have been four Robs, six Roberts and five Bobs in my social circle - but only once did I date someone who had the same name as me.  (And we met a couple at a Christmas party who were also both named Rob!)