The Low Profile of Gay Games 9 in Cleveland 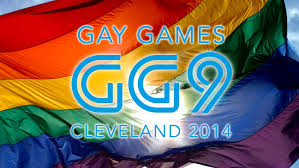 A number of years ago I wrote a post about the first Gay Games in San Francisco and in it I made reference to the 2014 Gay Games planned for Cleveland.  However, earlier this week,  I Googled the event to make sure it actually took place because I didn't come across any coverage during the summer.  According to Wikipedia it did take place.  Granted, July and August's headlines were dominated by stories such as ISIS, the downing of the Malaysian jet over Ukraine, the Israeli-Gaza conflict and the overturning of same-sex marriage bans across the US.  However, I was still surprised by the dearth of coverage since the news media always seem to have bandwidth to cover stories with a LGBT angle - but not this one. 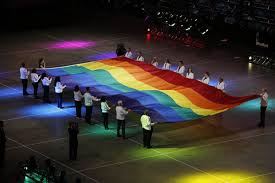 Of course, the 10,000 who participated, along with their friends and families  were well aware of the event but their enthusiasm didn't go much beyond northeastern Ohio. (And President Obama addressed the crowd by video at the opening ceremonies.)  It's a pity that a cable network such as LOGO didn't carry some of the Games' events. However, LOGO probably figured it already airs a Gay Games competition of sorts, RuPaul's Drag Race.

So, in closing, if a Gay Games is held in Cleveland and no one is around to hear about it, does it make a sound?  (Truth be told I don't remember much coverage for past Gay Games either.)  Perhaps the 2018 Gay Games in Paris will have a bit more cachet and attract more attention.