Chanticleer - Voices of Angels (In Tuxedos) 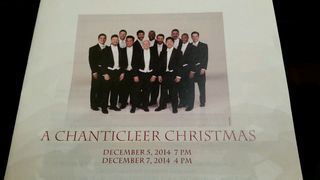 Chanticleer is an all-male vocal ensemble based in San Francisco.  Best known for its interpretations of Renaissance music, the group also performs a repertoire that includes jazz, gospel and standards.  The group came to my attention in 1992 when I saw a video for their version of Responsorio Desundo de SS Jose from the CD Mexican Baroque.  In addition to this CD I later bought a few others.  Then ten years ago I bought a DVD of their Christmastime performance at the Metropolitan Museum.  It was magnificent.  And this year (2014) I attended their Christmas concert at the Church of St. Ignatius Loyola in Manhattan (where Jacquelyn Kennedy Onassis' 1994 funeral was held). 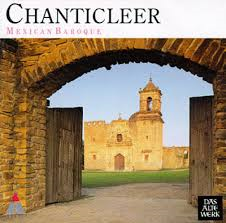 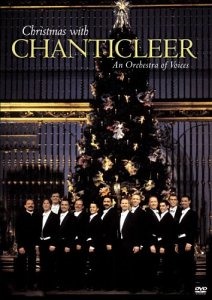 The ensemble is comprised of a dozen male singers who I'd say are between the ages of 30 and 50.  Although they're not officially considered a gay group they certainly send out a gay vibe.  (In this year's concert program  one singer made it known that he's straight.)  The group was formed in 1978, which happens to be the same year the first gay choral group, San Francisco's Gay Men's Chorus, was formed.