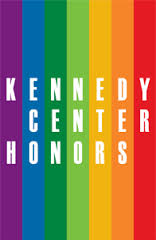 Like the Academy Awards and Tony Awards, a considerable number of gay men have an affinity for the Kennedy Center Honors because of its celebration of personalities in the performing arts.  Since the first awards were handed out in 1978 a steady stream of accomplished gay men have been chosen as honorees.  However, not until 2015 year was a self-proclaimed lesbian awarded the honor - Lily Tomlin.  (But rumored lesbians such as Mary Martin, Claudette Colbert, Katharine Hepburn and Dolly Parton have been honored).  The ceremony takes place in early December, with the President and First Lady in attendance (the exception has been Trump and Melania); the telecast of the event usually airs a few days after Christmas on CBS.  Interestingly, the colors of the award's sash are those of the rainbow flag.  In 2002 DC's Gay Men's Chorus performed as part of the tribute to Elizabeth Taylor. 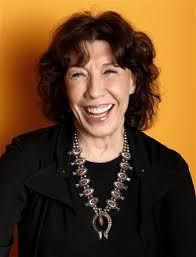 To be considered, a candidate must be living at the time of their induction.  Of the 23 gay honorees (listed below), eight are still alive.  The first gay honorees were Aaron Copland and Tennessee Williams in 1979.  One glaring oversight was playwright and director Arthur Laurents (who died in 2011 at the age of 93).  Perhaps it was because of his prickly personality? 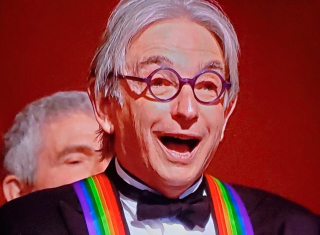 Other lesbians worthy of consideration for future induction may include Jodie Foster, Cherry Jones, Melissa Etheridge and Cynthia Nixon. And Johnny Mathis, Terrence McNally, Tommy Tune and Richard Chamberlain are worthy candidates on the gay male side.

Although not gay themselves, sixteen recipients, all women, have the distinction of being gay icons.  The most recent was Cher, in 2018.  Another icon, Maria Callas, likely would have been honored but she died the year before the first Kennedy Center Honors (at the very young age of 53). 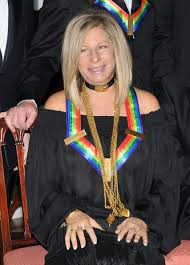 Actually it's 217 honorees now and Merce Cunningham was honored in 1985. Still, this is a good list. I didn't know Leonard Bernstein or Aaron Copland were gay.