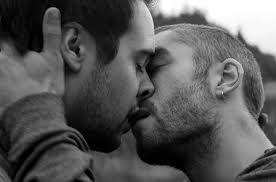 I immediately liked the song Take Me to Church when I stumbled upon it on iTunes in October 2014, but it wasn't until three months later that I became aware of the song's video (brought to my attention by an interview in Entertainment Weekly with the song's vocalist/composer, who goes by his last name, Hozier).  The video tells the story of two gay men in the bloom of young love, perhaps experiencing their first same-sex relationship.  This tenderness is then juxtaposed with a group of young men in hoods, masks and clubs coming for them.  At its conclusion the video strongly suggests a horrific ending at the hands of the gang.  As I watched I was expecting/hoping that rescue of some sort would come, but it didn't, leaving me shaken.  Watching this video once was enough (thru October 2018 its had close to 240 million views on You Tube).

This video brought to mind the songs Smalltown Boy by Bronski Beat from 1984 and Rod Stewart's The Killing of Georgie from 1976.  However, while the lyrics of both these songs communicated what the songs were about, a listener of Take Me to Church who hasn't seen the video wouldn't associate the song with homophobia or anti-gay violence (and the singer mentions his girlfriend).  Despite its deeply anti-religion message, I couldn't grasp the connection with anti-gay violence since the thugs who hunt down the gay couple don't appear to have a link to religion; they seem more like nihilists than devout churchgoers. 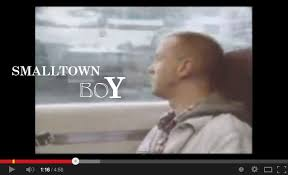 Despite being greatly troubled by the video I still think Take Me to Church is a wonderfully powerful song.  (And Hozier's been recognized for his craftsmanship with a Grammy nomination for Best Song.)