These Are a Few of My Favorite Things ... About the 2015 Oscars
New York Mets Embroiled In Another Gay Controversy

I was thoroughly entertained by this year's Academy Awards telecast (despite host Neil Patrick Harris' annoying Oscar predictions routine that he dragged out for the entire show).  First, I watched it live, and then re-watched it a few more times.  I've already written a more lengthy review of what I liked, but here are a few dozen photos (taken from my TV screen) that didn't find a place in it that I thought were worthy of sharing. 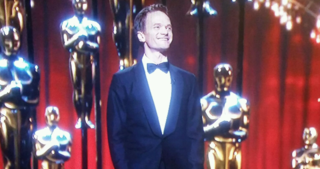 This was NPH's first time hosting the Oscars but he's not new to Hollywood as he's appeared in 20 films, including last year's "Gone Girl" (a hit) and "A Million Ways to Die in the West" (a bomb). 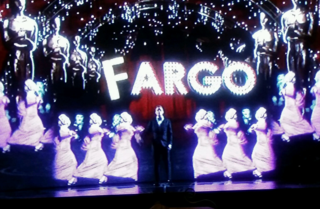 NPH surrounded by Marilyns during the opening extravaganza. 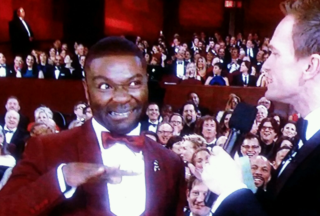 Although "Selma's" David Oyelowo didn't get an Oscar nomination he received the most screen time of any actor, with audience shots, time on stage to present an award and here with NPH discussing his British accent. 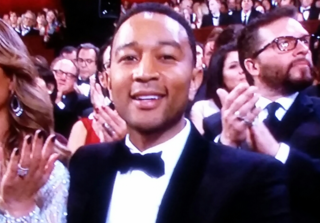 Unlike David Oyelowo and Chris Pine, who had tears running down their face, Julianne Moore's emotions during the performance of "Glory" were limited to watery eyes. 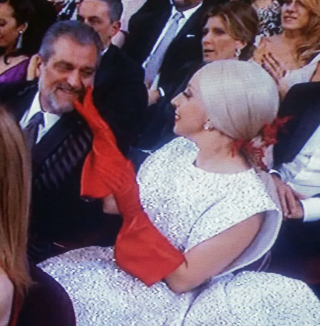 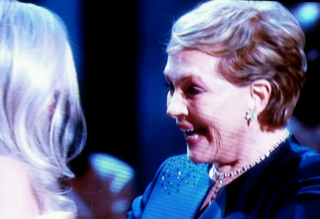 One of the high points of the telecast was Julie Andrew's gracious reception of Lady Gaga after her rousing "Sound of Music" medley. 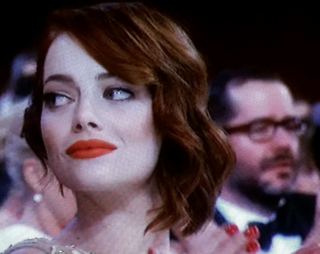 Thought bubble: "How in the hell did J-Lo get a seat next to Meryl Streep?"

Unlike others, Reese Witherspoon main-  her composure during Common's and John Legend's performance. 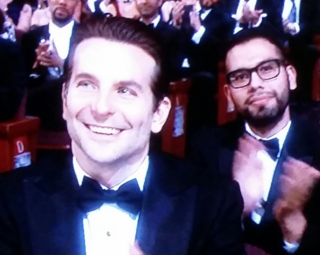 The fellow seated behind Bradley Cooper made the most of his on-camera opportunity by making eye contact with millions of viewers. 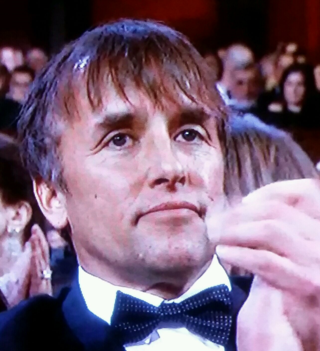 Richard Linklater? I thought this was the president of Bolivia! 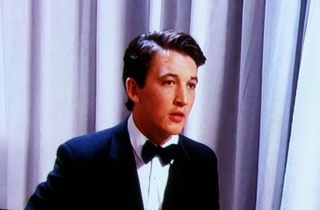 And the Oscar for Most Peculiar Way of Clapping goes to ... Nicole Kidman. 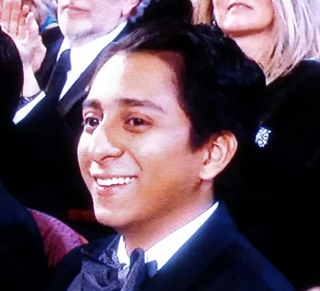 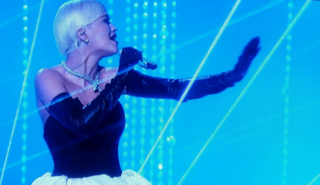 After watching Rita Ora's performance of Best Song nominee "Grateful" I bought it on iTunes. 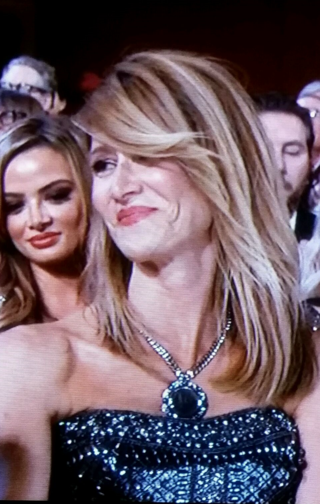 A lovely moment between husband and wife a split second after Julianne Moore won the Oscar for Best Actress. Perhaps the most peculiar thing said at the podium was Cate Blanchett saying "Okie-dokey, Smokey" as she opened the envelope for Best Actor. 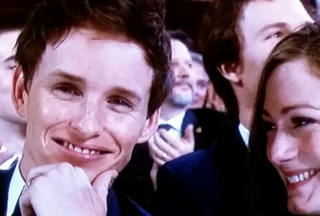 Eddie Redmayne and wife a few seconds before he won the Oscar for Best Actor. 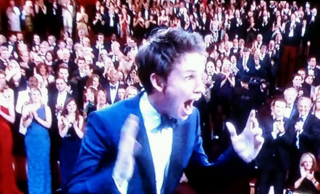 And a few seconds after his name was called ...