Feb 25, 2015 - A passionate same-sex kiss between two male characters on The Walking Dead causes somewhat of a backlash on social media.  (Because there's nothing worse for straight men than having the hard-on they got watching zombies eat human flesh go soft by a depiction of something unnatural like homosexuality.)

March 4, 2015 - Billionaire entertainment executive David Geffen donates $100 million to the renovation of Lincoln Center's Avery Fisher Hall, which will be renamed after him.

March 11, 2015 - Gay fashion-design duo Dolce & Gabbana create a furor after they are quoted in an Italian magazine saying that children born via in-vitro fertilization are not real in the traditional sense ("The only family is the traditional one. No chemical offsprings and rented uterus.")  One of the persons expressing outrage, Elton John, once sang at homophobe Rush Limbaugh's 2005 wedding.

March 16, 2015 - Football player Michael Sam is the third gay man to compete on Dancing with the Stars, joining Lass Bass and Carson Kressley before him. 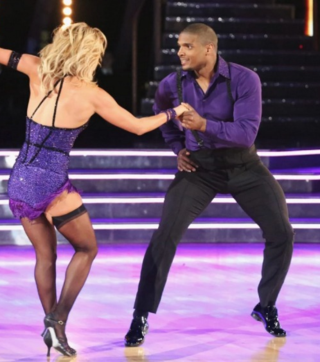 March 17, 2015 - The largest Presbyterian denomination (1.8 million members) votes to change the definition of marriage in the church’s constitution to include same-sex marriage.

March 26, 2015 - The governor of Indiana signs into law the Religious Freedom Restoration Act, which makes it legal for business owners, because of their religious beliefs, to refuse service to gay customers.  (Due to a national backlash it was re-written the following week.)

March 27, 2015 - A massive fire in the wee hours of the morning destroys half of Cherry Grove's famed Ice Palace disco/bar/lodging complex.  This came three-and-a-half years after a fire destroyed the Pavilion in the Pines.

April 24, 2015 - During a televised interview with ABC's Diane Sawyer, former Olympian Bruce Jenner discusses his transition from male to female.  The telecast is viewed by nearly 17 million. 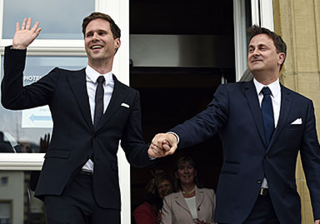 May 22, 2015 - Ireland becomes the first country to legalize same-sex marriage by popular vote.

June 7, 2015 - The musical Fun Home, based on Alison Bechdel's novel about growing up as a lesbian in rural Pennsylvania and the relationship she had with her closeted father, wins the Tony Award for Best Musical. 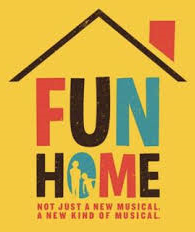 June 16, 2015 - The mayor of South Bend, Indiana, 33-year-old Navy veteran Pete Buttigieg, reveals he is gay in a column in the morning paper.

July 27, 2015 - The Boy Scouts of America lifts its ban on adult scout leaders who are gay.

Aug 25, 2015 - The Manhattan headquarters of digital gay escort service, RentBoy.com is raided by federal agents and six employees arrested, including its CEO. 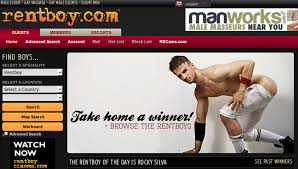