New York's Gay Pride Parade - A Celebration or An Ordeal? 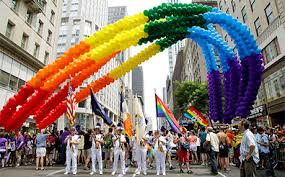 New York's Gay Pride Day Parade, which falls on the last Sunday in June, is the culmination of Gay Pride Week.  Its colorful floats and enthusiastic marchers display an array of LGBT interests; nearly every aspect of life is represented with a rainbow twist.  But while the parade is a wonderful event, for those of us who live in the West Village it's a one-day ordeal that sorely tests our patience.  Once the parade squeezes itself into the heart of the Village the neighborhood serves as a dumping grounds for thousands of crass, loud and disruptive parade goers, many who treat the neighborhood as a public toilet or a staging area for acting out personal drama.

Celebrants who descend upon the beleaguered area congregate around Christopher, Grove and Bleecker Streets and show little regard for those who live there.  When I had a summer share on Fire Island I made sure to be out there on this final weekend in June.  The few times I stayed in town I felt like a prisoner in my apartment, and if I went to the parade it was a challenge getting back to my place because of barricades, blocked streets and the mass of humanity.  I'm happy when it rains on this day.  (Last year I visited my mother in Pittsburgh and I'll be doing the same this year.)

Don't get me wrong, watching the parade on Fifth Avenue is a fun experience, but those who march are largely different from the masses who inflict themselves upon the West Village afterwards.  While a sense of pride emanates from the marchers, a passive-aggressive hostility characterizes those who loiter in the Village, waiting to be challenged for blocking doorways, vomiting on sidewalks or screaming with friends in the middle of streets.  For the most part they seem to be from the lower social strata, and their incongruence with the neighborhood has become more noticeable in the past ten years as it has been transformed by luxury condos and pricey boutiques - and, ironically, fewer LGBT residents.  (In other words, this is not their father's Greenwich Village.) 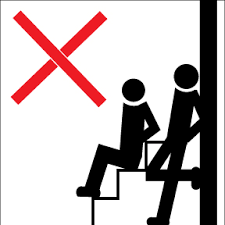 Those who congregate on the stoops of brownstones and block sidewalks are similar to those who regularly flock to the Village on other nights, but on Gay Pride Sunday there are thousands more.  What's troubling is that rather than appreciate the Village for serving as a refuge from their intolerant neighborhoods in places like the Bronx or Newark, they disrespect it by flouting the norms of civility with their shrieking, scuffling and disruption of traffic and businesses.  Some activists who defend the rights of these young people to "hang out" usually don't live here and therefore don't witness first hand the problems they create.  And what is viewed as police harassment is likely a reaction to bad behavior.  Lastly, just because these unruly kids are gay doesn't mean gay Villagers turn a blind eye to their bad behavior - no matter how disadvantaged they may be. 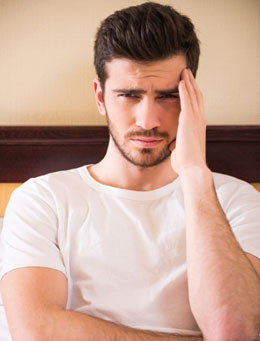