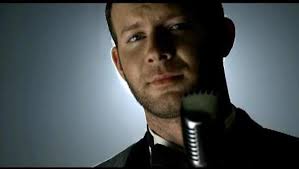 One Friday not long ago I was having a cocktail after work with my friend Maury at our neighborhood haunt, the Monster, when a music video got my attention.  (It came in the middle of a string of dreadful videos from the 80s.)  In it a weary looking, but sexy, male singer is settling into a barber's chair.  Near the end of the video a handsome man in a suit enters the barber shop and the two of them proceed to do a beautiful slow dance together, ending with the stranger dipping the other and they kiss softly.  Maury told me the song, End of the World, was from 2008 - and the singer was openly gay.  His name was Matt Alber and he used to sing with the all-male choral group Chanticleer.  He reminded me of a hunkier version of Jeremy Piven. 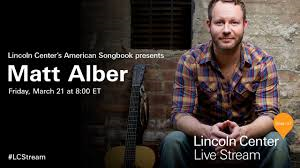 Because the sound of the video at the bar was muted (the show tune queens gathered around the piano wouldn't stand for audio competition!) I went onto You Tube when I got home and listened to End of the World, which was heartachingly beautiful.  I also watched his live performances and some other videos.  I especially liked Handsome Man and Tightrope (dance re-mix).  With a sweet face, friendly eyes, and lightly bearlike physique, Alber has a mellow, plaintive voice that brings to mind a cross between kd lang and Rufus Wainwright.  He also has a very approachable demeanor.

Although Alber has recorded four CDs, he's pretty much under the radar, perhaps because his last two album were produced and distributed independently.  (His most viewed video, Handsome Man, has generated less than 500,000 views, making it practically unwatched by You Tube standards.)  This is probably the reason he's not as well known as other gay artists such as Jake Shears, Sam Smith or Adam Lambert.  In fact, in a blog post about "50 Great Gay Music Artists" on The Backlot from earlier this year, Matt wasn't counted among them (however, one commenter protested his exclusion).  But a few years earlier he was one of Out Magazine's "Hottest 100 Out & Proud Celebrities."  And he's developed a following in the bear community.  I think that the fact that he's not widely known adds to his appeal. 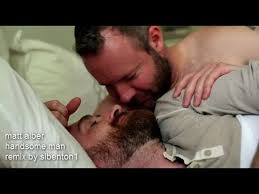 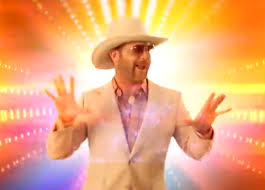