TV series with gay characters are now commonplace and include popular shows such as  Modern Family, Empire and Downton Abbey.  But before 2000, shows such as Roseanne and Will & Grace also exposed viewers to gay characters (and drew considerably larger audiences than today's hit shows).  Of course, not every gay character is memorable, so for this post I've focused on those who are (of the shows I've watched), grouping them by most annoying and most amusing.  Twenty-five shows are represented, with four of them - Modern Family, Looking, Queer as Folk and Will & Grace - having characters on both lists. 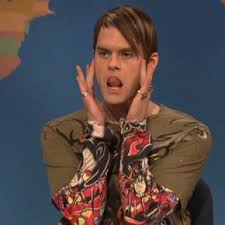 Brian Kinney (Queer as Folk/Showtime/2000-2005) - I rolled my eyes at how he was portrayed as the hottest piece of meat in Pittsburgh since Polish kielbasa. 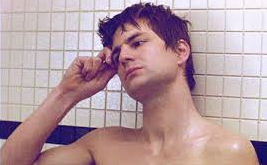 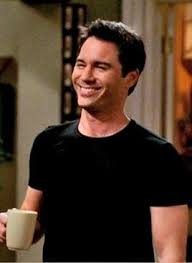 Cameron Tucker (Modern Family /ABC/2009-present) - Although he does give me an occasional chuckle, a little of him goes a long way. Patrick Murray (Looking/HBO/2014-2015) - I found this main character from the HBO drama (cancelled after two seasons) too self-centered. 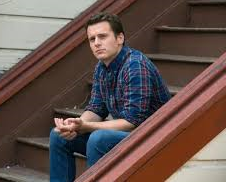 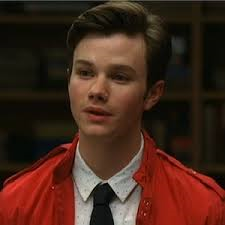 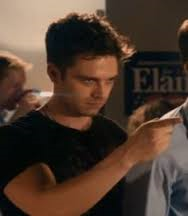 Kevin Matheson (Looking/HBO/2014-2015) - I was bothered by the fact that he was partnered while carrying on an affair with Patrick.  I also found his little ears distracting. 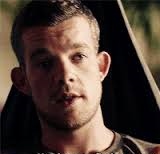 Pepper Saltzman (Modern Family/ABC/2009-present) -  Played by Nathan Lane, his occasional appearances always added some additional spark.  Another friend of Cam and Mitchell's I liked was Longinus - largely because of his name. 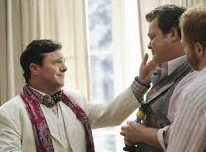 Mitchell Pritchett (Modern Family/ABC/2009-present) - A great foil to hubby Cameron, actor Jesse Tyler Ferguson should have won one of Eric Stonestreet's Emmys for this role.

Michael Novotny & Ben Bruckner (Queer as Folk /Showtime/2000-2005) - Sweet and puppy-like, Michael could be a bit of a dim bulb.  He carried a torch for Brian but then partnered with hunky and loving Ben (the taller of the two, below). 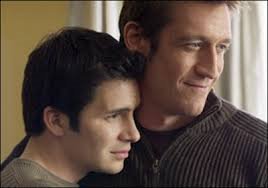 Tim Gunn (Project Runway /Lifetime/2004-present) - Classy and avuncular, Gunn played himself as a fashion expert on this competition show.  The phrase he made popular, "Make it work!", will probably be on his headstone. 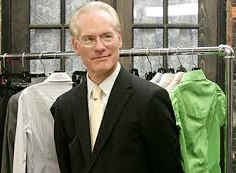 Sal Romano (Mad Men/AMC/2007-2015) - A closeted art director at the Sterling Cooper ad agency, Sal was unjustly fired after rebuffing the homosexual advances of the agency's biggest client.  I delighted in his rendition of Ann-Margret singing Bye-Bye Birdie (below) as well as his excitement watching Jackie Kennedy's televised tour of the White House.  I could feel the anxiety he experienced working in such an oppressively conformist, homo-unfriendly era. 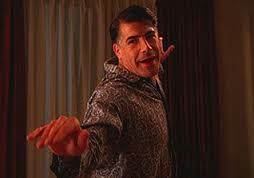 Bob Benson (Mad Men/AMC/2007-2015) -  A few seasons after Sal's departure another gay character, the mysterious Bob Benson (played by hunky James Wolk) was introduced for a few seasons.  He wanted Joan to be his beard but she declined. 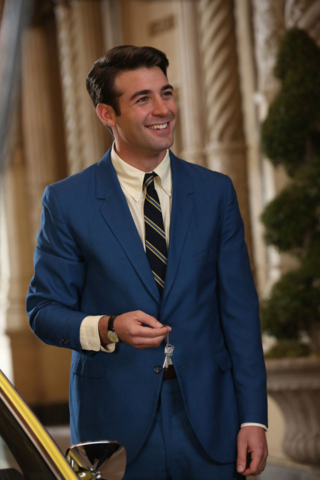 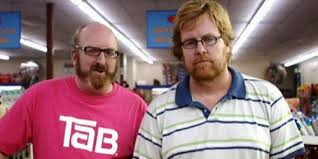 Richie Donado (Looking /HBO/2014-2015) - A sweet, sexy and loving character.  Although he was the youngest, he was perhaps the most grounded of all the characters. 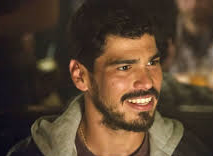 Thomas Barrow (Downton Abbey /PBS/2011-present) - He came close to being placed in the Most Annoying group.  On the one hand, he's a schemer with a chip on his shoulder, but on the other, perhaps it's because of what he had to deal with as a gay man in the 1910s and 1920s.  (Not everyone back then could be Noel Coward or Oscar Wilde.)  It's this latter consideration that held sway so I put him here (although I'd hardly call him entertaining). 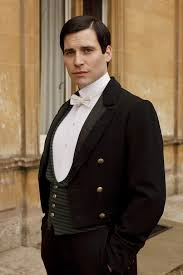 Captain Ray Holt (Brooklyn Nine-Nine /Fox/2013-present) - I'm not a big fan of the show's star, Andy Samberg, but I decided to watch the show when I read that Andre Braugher was in a sitcom - and playing this gay character. 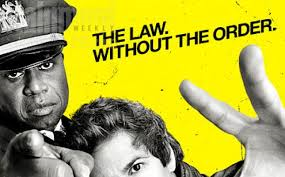 Oscar Martinez (The Office/NBC/2005-2013) - Quiet and private, his annoying boss Michael Scott (played by Steve Carell) would find ways at staff meetings to tactlessly bring up the fact that Oscar was gay. 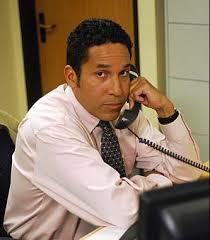 Devin Banks (30 Rock/NBC/2006-2013) - Jack Donaghy's nemesis.  Besides being devious and delightfully campy, Devin (played by Will Arnet) also had the hots for Jack (played by Alec Baldwin) - who got a charge flirting with and teasing Devin. 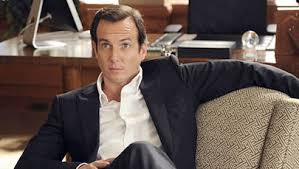 Buddy Cole (Kids in the Hall/Comedy Central/1988-1994) - An over-the-top, tell-it-like-it-is bar fly.  At the time this type of gay representation was considered transgressive. 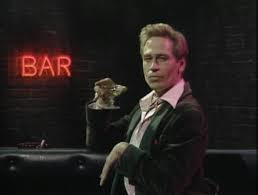 Jack McFarland (Will & Grace/NBC/1998-2007) - I considered putting him in the annoying group alongside Will Truman but I always laugh when I watch reruns of this groundbreaking Thursday night sitcom, and it's largely because of his scenes with Karen. 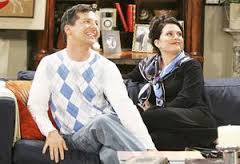 Lt. Jim Dangle (Reno: 911/Comedy Central/2003-2009) - A sight to behold in his short shorts, he had a crush on straight fellow officer Deputy Jones and was constantly frustrated by his inattention - until one episode Jones obliged him and Lt. Dangle had trouble walking the next day (but he was a happy camper). 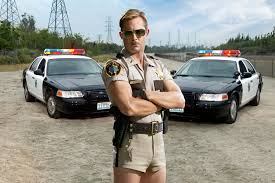 Kip Wallace (Web Therapy) /Showtime/2011-present) - The closeted husband of Lisa Kudrow's self-centered main character, Fiona.  Apparently they never had sex in 15 years of marriage.  Victor Garber played Kip and I enjoyed seeing him in a comedic roll (and I told him so when I saw him waiting for the uptown 1 train at the 14th St. station a number of years ago.) Anthony Marentino (Sex & the City/HBO/1998-2004) - He was great as Charlotte's advisor on all matters concerning fashion and sex. 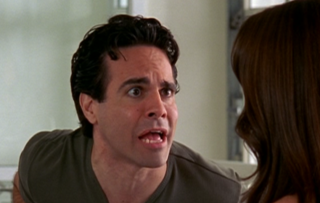 Nancy Bartlett (Roseanne /ABC/1988-1997) - Nancy was introduced back in 1992, becoming TV's first regular lesbian character.  The show would also have another gay character, Roseanne's boss, Leon, at the luncheonette (played by Martin Mull). 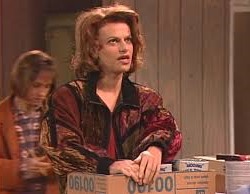 Craig Middlebrooks (Parks & Recreation/NBC/2009-2015) - A high-intensity employee of the Parks department (added in the show's last two seasons), this was a perfect role for Billy Eichner. 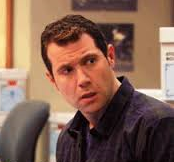 Marc St. James (Ugly Betty/ABC/2006-2010) - This ABC sitcom took off like a rocket but then fizzled out in its second, third and fourth seasons.  The character development of Marc St. James, however, went in the opposite direction, from sarcastic and mean-spirited to a more caring, well-rounded individual.  But still wide-eyed and ditzy. 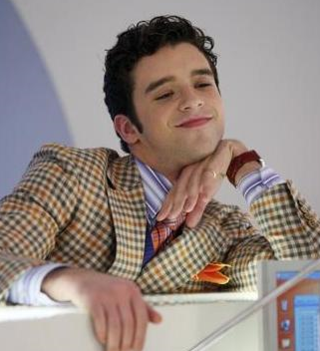 Carson Kressley (Queer Guy for the Straight Guy /Bravo/2003-2007) - Like Tim Gunn, Cressley is a real person.  Although flamboyant I liked him because he wasn't a bitchy queen.  Instead, he came across as a caring individual as he advised clueless hetero men how to dress with flair. 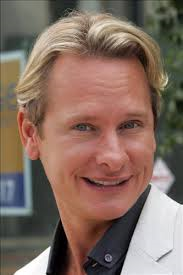 Waylon Smithers (The Simpsons/Fox/1989-present) - Or simply "Smithers", he's devoted to Mr. Burns and fantasizes about him in his dreams. 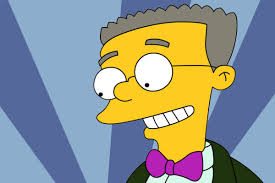 Jonathan - (30 Rock/NBC/2006-2013) - A character with no last name, he played Jack Donaghy's overly devoted and protective executive assistant.  A human version of Smithers? 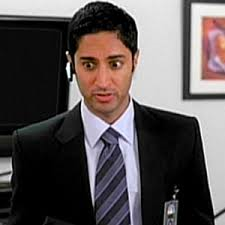 Besides portraying characters who are gay, more than half of the actors on these two lists are openly gay in real life.

In 'Men on Films', Blaine was played by Damon Wayans (one of the Wayans brothers), not Williams.

Oh please, Michael Novotny was the most pathetic, sniveling, petty little snot—clearly the most annoying character on QAF. Brian, regardless of his not realistically being the 'hottest' gay man in Pittsburgh as indicated, was a far more interesting character. His dynamic with Justin was the strongest ongoing story which frankly, this show would've tanked without. RH & GH had terrific chemistry. Lastly, Peter Paige (Emmett) and Sharon Gless (Debbie) gave by far, the finest performances of all the cast members.