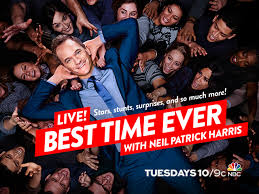 If ever there was a show created with middle America in mind, this is it.  NBC's mess of a variety show, starring Neil Patrick Harris, brings to mind a cross between America's Funniest Home Videos, the Jerry Lewis Labor Day Telethon, and Sabado Gigante.  It's the type of show you might expect rambunctious kids with no adult supervision to throw together.  Harris, vying with Ellen DeGeneres for the title of America's most ubiquitous gay personality, is never off camera.  (The term "overstaying your welcome" easily comes to mind.)  Each show has a celebrity host - the first was Reese Witherspoon, the second telecast featured Alec Baldwin, both who were woefully underutilized.  (I was embarrassed for them.)  And too much time is spent with contrived audience participation segments. 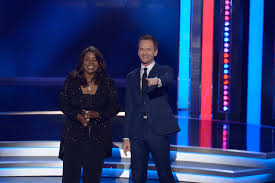 When he hosted the Tony Awards to great acclaim, NPH's patter was peppered with gay references, but watching him here you'd never know he was gay.  For one thing, he didn't acknowledge his husband seated in the audience (on the aisle) although he stood by him a number of times during an opening skit.  And the closest tribute to gay culture was Gloria Gaynor (pictured, left) singing I Will Survive for a tired karaoke competition, which was de-gayed by featuring families from Ohio, Tennessee and Texas who competed from their living rooms.  Actually, there was one gay personality who made an appearance - Carrot Top; however, after getting all of 10 seconds of screen time he was never seen again (which is a good thing.)  At the end of the second show there was a shout-out to the NYC Gay Men's Chorus for performing, but I had no recollection of them appearing. 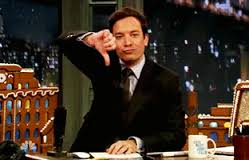 The show closes with a segment titled "Best Closing Ever," but a better name might be "Attention Deficit on Parade" as it's a three-minute mash-up of stunts and acrobatic acts that you'd expect to see on America's Got Talent.  Bottom line, this show is in desperate need of an infusion of gay sensibility to make it less cringe-worthy to watch.  A lot of energy was expended to create a product with little entertainment value to speak of.  However, NPH's toddlers might find it captivating.