Not Everything Neil Patrick Harris Appears In Turns to Gold - "Best Time Ever" Variety Show Flops
From the Twisted, Gay Mind of Ryan Murphy ...

In September of this year the movie Stonewall opened amid controversy, poor reviews and very minimal box office (grossing less than $200,000).  A generation earlier another movie called Stonewall was released in 1996 (poster, near right) that, curiously, was never mentioned in articles about this year's movie.  Both were fictionalized accounts of real-life events that revolved around a  young, white Midwestern boy, new to New York, who ends up participating in the Stonewall riot alongside new-found friends, who were largely transgendered or drag queens.  Each film also had gay directors.  The earlier Stonewall grossed $616,000, or $1.2 million adjusted for inflation, six times greater than Stonewall 2015.  Additionally, Rotten Tomatoes' score for the 1996 version was 63% while this year's scored an abysmal 9%. 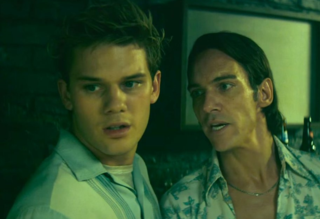 What I remember most about the first Stonewall was its opening, with three draq queens lip-synching to the '60s song "Boy From New York City"; also, there was a dramatic suicide later in the film.  (And one of the extras in a protest scene was someone I had a few dates with.)

Differences between the two movies?  The earlier one was shot on location while this year's was shot in Montreal due to cost considerations (but it still cost $20 million to make).  This year's was steeped in controversy because, in the hyper-politically correct era we live in, its characters didn't represent exactly the ethnic mix that was found at Stonewall in 1969.  The 1996 movie, however, had no backlash that I can recall.  My issue was that the buffed physique of the lead misrepresented the non-gym physiques of gay men of the '60s.

One of the main characters of the '96 movie, La Miranda, was 20-year-old Guillermo Diaz, now known for his role on ABC's Scandal.  La Miranda was a gay man who defiantly walked around in drag, and who Matty Dean fell in love with.  Another known character actor was Luis Guzman, who played a bartender at Stonewall.  The two best-known actors in Stonewall 2015 were Johnathan Rhys Meyers and Ron Perlman. 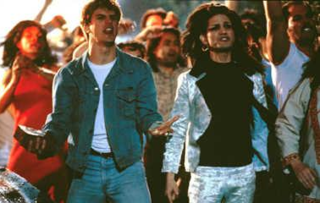